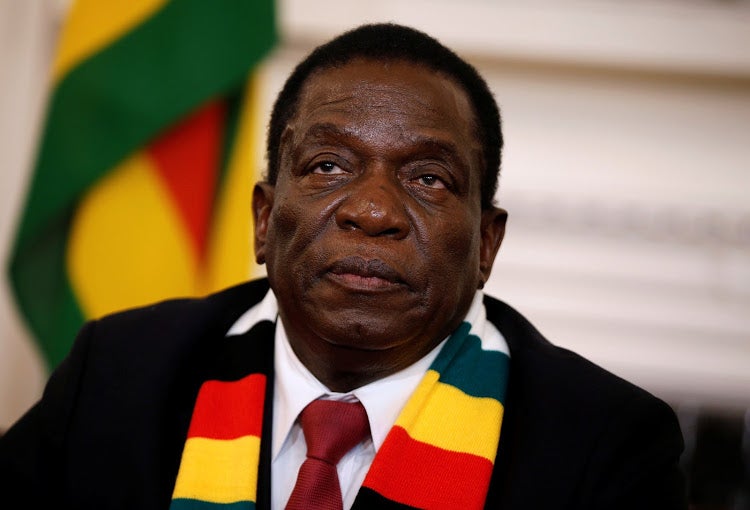 BY XOLISANI NCUBEAn international money laundering watchdog has put Zanu PF bigwigs and prominent people on its radar after ruling party youths named them in a list of people that are allegedly driving the foreign currency parallel market.The Zanu PF youth league last month produced a list of people it accused of corruption and demanded that action be taken against them.

President Emmerson Mnangagwa promised to set up a commission of inquiry to investigate the claims by the youths, which have now attracted the attention of the Paris-based Financial Action Task Force (FATF).

On July 5, the FATF wrote a letter to Finance minister Mthuli Ncube advising that the intergovernmental body had taken particular interest in the claims against Mangudya.

FATF said it would also be following the government’s activities closely to ensure that Zimbabwe is not violating money laundering conventions before any action could be taken against the country.

“If the working group is not satisfied with the measures put by the Zimbabwe government to guard against money laundering, FATF would then require a commitment from the highest political office that action will be taken to follow its recommendations through,” reads part of the letter to Ncube seen by The Standard.

“Be advised that the working group would be monitoring financial activities of your government and recommendations would be formulated thereon.”
Ncube yesterday said he was not aware of the correspondence.

FATF will meet in October where Zimbabwe could be on the agenda.

Formed in 1989, FATF exists to promote “effective implementation of legal, regulatory and operational measures for combating money laundering, terrorist financing and other related threats to the integrity of the international financial system”.

A government source said the Zanu PF youth league list has put pressure on the government to act on the alleged corruption and money laundering.

“FATF reacted with keen interest and are monitoring all financial transactions of all politically exposed persons to see if they are in compliance with the FATF recommendations,” the source said.

“Failure of which, action would be taken to guard against money laundering and funding of terrorism.

“Zimbabwe could be a breeding ground for funding of terrorism and money laundering.”

Zimbabwe is a FATF member and is obliged to implement all its recommendations.

Failure to comply attracts penalties that could see the country being excluded from the global financial system, making it difficult for Zimbabwe to receive foreign payments.

Previous assessments by FATF noted that Zimbabwe had no adequate legislative frameworks to combat money laundering and terrorism financing.

The Zanu PF list will add more pressure on the government to ensure that the country is compliant by October, another government source said.

Some of the Zanu PF bigwigs included in the list reacted angrily to the allegations and accused Mnangagwa of using dirty tricks to fight internal battles.

They claimed the youths were working with one of the president’s sons, Emmerson Mnangagwa (Jnr), and a prominent lawyer, who is Mnangagwa’s confidante.

However, the Zanu PF youth league has refused to back down and last week said it was ready to release a second list.

“We are closing in on the second announcement as we embark on phase two of our fight against corruption. We will never stop until this evil is gone, this evil called corruption,” Zanu PF youth league deputy secretary Lewis Matutu tweeted last Monday.

Factionalism is said to be resurfacing in Zanu PF with distinct camps linked to Mnangagwa and Vice-President Constantino Chiwenga.

Newer Post
Ncube: It was a surprise for me
Older Post
Councillors arrested for assaulting town clerk