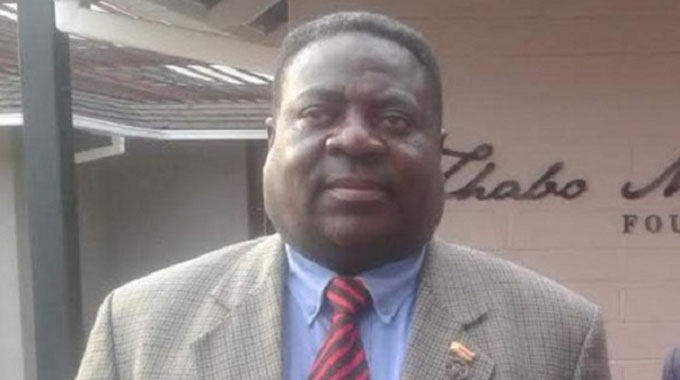 Herald Reporters
Zanu-PF provinces are today expected to submit to the party headquarters in Harare curriculum vitaes (CVs) of aspiring candidates for the party’s May 5 primary elections with the list of successful candidates out by the end of the week. Most provinces had completed the vetting process by yesterday, with some bigwigs reportedly one foot in for the primaries after candidates who had registered to challenge them failed to meet the basic minimum qualifications.

Other Politburo members, however, breezed through uncontested.
Although some provinces have resolved to recommend candidates who should be disqualified, the ruling party’s national political commissar, Lieutenant-General Engelbert Rugeje (Retired), reiterated yesterday that all CVs should be forwarded to Zanu-PF’s national elections directorate (NED) to ensure the process was impartial and transparent.
Provincial structures, he said, had no power to disqualify candidates.

“All the names will be sent here and we will do the vetting and verification from this side. There had been complaints from the provinces that the incumbents were shutting others out,” said Cde Rugeje.
“So, in the spirit of fairness, we will do the vetting of candidates from here (party headquarters),” he said.
It is believed even uncontested candidates have to be confirmed by the NED.

Notably, in the Midlands province Foreign Affairs and International Trade Minister Dr Sibusiso Moyo, who is eying the Mberengwa Senate seat, was unchallenged.
Speaking yesterday after compiling the list to be forwarded to party headquarters today, Midlands provincial chairperson Cde Daniel McKenzie Ncube said his province had received many CVs from members aspiring to be councillors, legislators and senators.

He said senior party members, Cdes Tafanana Zhou, Chiratidzo Mabuwa and Tsitsi Zhou, whom the provincial executive recommended to be suspended, could contest while waiting for a final determination by the party’s national disciplinary committee.

“We received a lot of CVs from aspiring party members and of note is the CV of Lt-Gen Moyo (Rtd) which was accepted unchallenged for the primary elections to be held soon,” he said.
Meanwhile the Midlands provincial leadership has recommended that suspended Kwekwe Central legislator Cde Masango Matambanadzo be disqualified from the primary elections.

In Mashonaland West, Justice, Legal and Parliamentary Affairs Minister Ziyambi Ziyambi and Central Committee member Cde Philip Chiyangwa were among senior party members who stand a chance to avoid a contest for primaries after prospective candidates were disqualified because they had not served as party district members for the stipulated five years.

A record 870 Zanu-PF aspiring candidates in Masvingo had submitted their curriculum vitaes to contest in the party’s primary elections slated for May 5.

Among these were CVs ofthose with pending disciplinary cases. According to provincial chairman Cde Ezra Chadzamira said they had accepted the CVs pending a final decision by the NCD.

“We have only made recommendations on some of the aspiring candidates’ CVs because they have pending disciplinary issues,” he said.

Among high-profile people who have joined the political fray ahead of the primary elections in Masvingo are Minister of Higher and Tertiary Education,Science and Technology Development Professor Amon Murwira (Gutu North), his Mines and Mining Development counterpart Cde Winston Chitando (Gutu Senatorial seat), ex-Confederation of Zimbabwe Industries president Mr Callisto Jokonya (Gutu South) and ex-diplomat Ambassador Jonathan Wutaunashe (Gutu South).
All the other provinces were finalising paperwork before submission today.