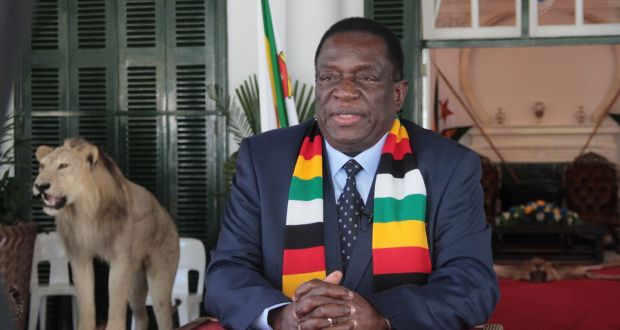 PRESIDENT Emmerson Mnangagwa will preside over a potentially heated Zanu PF conference in Bindura next week amid bruising infighting in the Midlands and Masvingo, with the party leader expected to crack the whip on warring elements or contest the 2023 elections with a divided, faction-ridden political outfit.

This comes as Mnangagwa openly condemned intra-party violence in the provinces during a politburo meeting held on Wednesday this week at  party headquarters.

“Those who wantonly violate and desecrate our party constitution, peaceful culture and values must be dealt with decisively without fear or favour,” Mnangagwa warned.

Factional fights among Mnangagwa’s loyalists Owen Mudha Ncube and incumbent Midlands chairperson Daniel Mckenzie Ncube have turned violent, as they jostle for leadership posts in the province. This was the first time Mnangagwa addressed intra-party violence in his political citadel, although he did not single out the two, who claim to be his loyalists.

He warned warring elements, saying violence was alien to the party ethos.

“The party has no room for divisive elements who want positions at the expense of party discipline, unity, love, harmony and development. It is alien for our party to fight for posts,” Mnangagwa told the party’s highest decision making body.

Heavy infighting has raged on for months, with both factions declaring their undying loyalty to the party leader. Mnangagwa had until now remained tight-lipped with regards to the vicious infighting in the provinces.

“Chinamasa was told to intervene in the provinces because the infighting is getting out of hand. Mnangagwa spoke strongly against warring factions and warned them of expulsion if it got out of hand. He is very worried that his political base is cracking,” an insider told The NewsHawks.

“He also ordered party organs in charge of the provincial polls to desist from factionalism. He believes the sabotage is deliberate and wants those elements fished out,” the insider added.

Factional tussles turned violent in the Midlands last week after senior officials exchanged blows in public, a matter which was reported to the police.

The party’s restructuring exercise from grassroots level has been marred by intimidation and violence as a faction aligned to Mudha Ncube and Mackenzie Ncube battle it out for Midlands leadership. According to party officials, Mackenzie Ncube has the backing of minister in the President’s Office Joram Gumbo, while Mudha Ncube’s allies include prominent figures like Local Government minister July Moyo.

A scramble for the Midlands provincial chairperson’s position has led to mud-slinging, open confrontation and smear campaigns on social media, sparking concern in Mnangagwa’s backyard.

Analysts say Mnangagwa’s failure to maintain a grip on structures and among his lieutenants could be detrimental to his rule ahead of 2023. This could also embolden his political rival, Vice-President Constantino Chiwenga, in the provinces.

An investigation by The NewsHawks shows Mnangagwa’s biggest problem is that he is leading a divided party, which has an unresolved leadership issue, without a mandate from congress, Zanu PF’s supreme decision-making body.

During the politburo meeting, Mnangagwa urged party organs to finalise the district elections, which have been marred by violence.

Analysts say growing infighting in the provinces is testimony to weak leadership which has failed to stem the internal strife.

Mnangagwa is under growing pressure to deal with internal strife and present the party as a unified force in its quest to further entrench power beyond 2023.

He is also under pressure from party bigwigs who recently questioned his mandate, while his political bases, namely the Midlands and Masvingo, are on fire, rocked by intense inter-factional fights.

Masvingo Provincial Affairs minister Ezra Chadzamira is under fire over corruption charges, which have taken a factional dimension, as the Chiwenga camp now wants him out. War veterans are leading the charge.

Chiwenga has previously been in the province, where he challenged Chadzamira’s leadership and associated decisions, especially on land distribution, which The NewsHawks has covered extensively.

Zanu PF officials say Chiwenga has been intervening in Masvingo and nationally through his key ally, former political commissar Engelbert Rugeje. Although Zanu PF has perennially been plagued by grand factionalism, the current wave of squabbles, especially among Mnangagwa’s allies in the Midlands, has turned nasty.

While Mnangagwa had somewhat consolidated power within the top brass through purges of chief security officers involved in the 2017 coup and subsequent replacement with his loyalists, different dynamics are playing out at the grassroots.

Mnangagwa’s weak control mechanisms have come under scrutiny as infighting in Masvingo and the Midlands spirals out of control, with analysts saying the President needs to rein in the warring factions if his bid for 2023 is to be successful.

Zanu PF’s acting spokesperson Mike Bimha confirmed that intra-party violence will be at the top of the agenda at the Bindura conference.

“We will discuss the state of the party. The jostling for positions is normal because it is competition. It is allowed, but what we do not want is violence,” Bimha told The NewsHawks.

Horse-trading has forced delays in some provinces, including Harare and Manicaland, where protests against provincial chairperson Mike Madiro ended badly, with some party youths led by Danmore Mambondiyani bashed by the provincial leader’s backers. In Harare, a fight between Godwin Gomwe and Godwills Masimirembwa ended in court.

Mnangagwa will also preside over the annual conference, amid a fresh bid to challenge his legitimacy when Zanu PF member Sybeth Musengezi on Wednesday filed a High Court application seeking nullification of the 19 November 2017 party central committee meeting which promoted him to power.

Musengezi is seeking a declaratur against Mnangagwa that the special session of the Zanu PF central committee on 19 November 2017 after the military coup at party headquarters in Harare from 10am to 4pm was ultra vires the constitution, unlawful and null and void.

He also wants the court to rule that all the resolutions of that special Zanu PF central committee meeting passed during the unlawful gathering on 19 November 2017 to install Mnangagwa party leader are “unlawful, invalid and are accordingly set aside”.

Further, Musengezi says former vice-president Phelekezela Mphoko should take over and preside over an extraordinary Zanu PF congress to regularise top leadership positions within three months of the court order to ensure the late Robert Mugabe’s successor is installed legally.

Mnangagwa’s legitimacy has been under scrutiny since taking over from Mugabe in a military coup and the fresh bid, coupled with other relentless bids by party bigwigs to subject the party’s first secretary to an elective congress, further puts pressure on his troubled leadership.

On top of the raging intra-party fights, Mnangagwa is also under pressure to solve Zimbabwe’s unrelenting economic woes.

Ahead of the party conference, the Zimdollar has dramatically lost ground to the US dollar, with the government cracking the whip on foreign currency dealers, who have been labelled “economic saboteurs”.

Bimha said the economy will also be top of the agenda, as the ruling party seeks to find solutions to runaway inflation stoking fears of the 2008 hyperinflationary era.