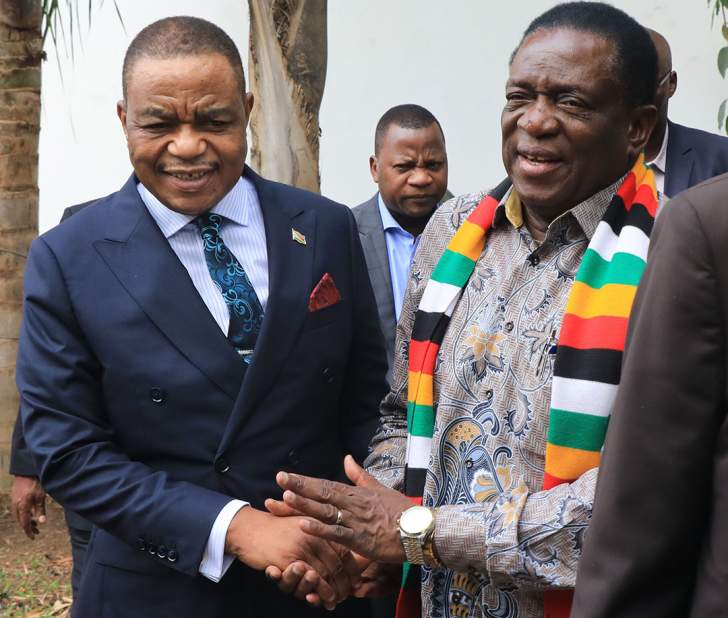 BY KENNETH NYANGANI
THE Zanu PF national youth conference slated for next month has reportedly renewed rivalry between factions aligned to President Emmerson Mnangagwa and his deputy, Constantino Chiwenga.

The two leaders are said to be at loggerheads over who should occupy the influential deputy secretary for youth affairs post.

Fireworks are expected at the May 4 to 8 Zanu PF elective youth conference, eight years after the ruling party last held such a conference.

Various youth posts are up for grabs, including that of deputy secretary for youth affairs.

Mnangagwa is set to appoint someone to the secretary for youth affairs post, who sits in the politburo.

Zanu PF sources yesterday told NewsDay that Mnangagwa and Chiwenga were divided over who to endorse for the deputy youth secretary post.

“The youth league is no longer vibrant as it used to be, and we are aware that President Mnangagwa and his deputy Chiwenga are divided over which candidate should occupy the deputy secretary for youth affairs post. Chiwenga is fully backing Paradza, while Mnangagwa is sweating over the position, and so they are divided at the moment,” a party source told NewsDay.

“Mnangagwa wants someone who can mobilise youths like the former youth leader Kudzanayi Chipanga, and someone who can challenge CCC leader Chamisa. Paradza is not that bad, but he does not have the required charisma, and so let’s wait and see.

“We are just waiting for a signal from Mnangagwa on what is going to be the next move.”

The youth organ is set to play a key role in the forthcoming 2023 elections.

Zanu PF secretary for administration Obert Mpofu yesterday dismissed the alleged divisions between Mnangagwa and Chiwenga. He said the party was united.

“There is nothing like that at all and this is not true. People always want to wish bad things on our presidents.  Zanu PF is a united party, and a revolutionary party. I spoke about it recently saying that there are no fissures between our Presidents and there won’t be any,” Mpofu said.

Zanu PF acting secretary for youth affairs Tendai Chirau said preparations for the youth conference were going on well. “We are also going to hold provincial conferences,” he said.