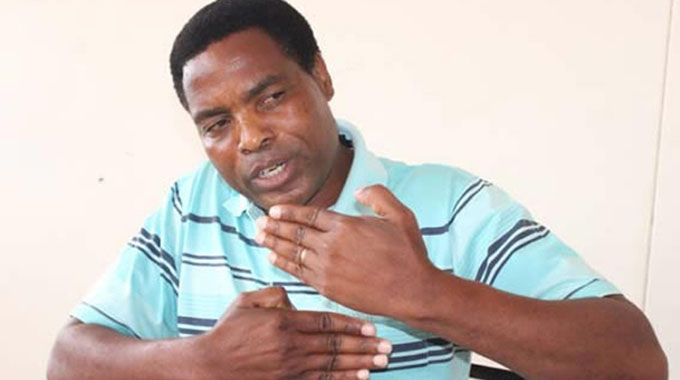 Source: Zanu-PF Youth league wants Jabulani back | The Herald May 25, 2018

Auxilia Katongomara Bulawayo Bureau
THE Zanu-PF Youth League here has described former war veterans leader Mr Jabulani Sibanda as a visionary who should be readmitted by the party.

Mr Sibanda was expelled from Zanu-PF in 2014 on allegations of indiscipline.

He was accused of various transgressions, among them disrespecting former President Mr Robert Mugabe, who was patron of the war veterans’ body and his wife Mrs Grace Mugabe.

“I think he was among the pioneers in terms of this new dispensation. I think it was Jabu who first drew attention to what was happening and likened the situation prevailing then to a bedroom coup.

“I think in some instances he has been vindicated, hence when you find a loyal dedicated cadre like him, you don’t need to think twice about bringing him back,” said Cde Chiponda.

He said they were going to engage the National Youth League executive over the re-admission of Mr Sibanda.

“We will write to our representative body to say as Bulawayo province youth league, this is our resolution. We will pass it to our national executive leaders because we have faith in their capability and they will pass the message to the national leadership,” said Cde Chiponda.

“Jabulani Sibanda has been resourceful to the party. As a wing of Zanu-PF, we found him to be a good leader because he is a principled and a well oriented man. We don’t doubt his loyalty. So, by so doing, we would be so much excited to see his re-admission into the party,” he said.

Cde Mpofu said he once worked under the leadership of Mr Sibanda and marvelled at his leadership and organisational skills.

“Besides him being readmitted as a person, his works really paint a good picture of him,” he said.

Cde Mpofu said Mr Sibanda was a dynamic man who can work well with members of the youth league.

“Jabulani Sibanda is a dynamic and universal man and he fits well even in the structures of the youth league.

“He can commandeer the leaders, the middle aged and the youth league.

“We have seen how he has worked with the structures of the youth league and on strategies. All those plans that are pro-Zanu-PF,” he said.

The motion to call for the readmission of Mr Sibanda back into the party was first moved by the Secretary for Science and Technology and was unanimously seconded by the provincial youth leadership during a meeting at Davies Hall on Wednesday evening.

Mr Sibanda is credited with organising Zanu-PF’s first one million-man march in 2007.

Since his withdrawal from the political scene, Mr Sibanda retreated to being a full-time farmer in Nyamandlovu.