IT is worth repeating until enlightenment. Zimbabwe’s current government is keenly intent on neoliberalism. 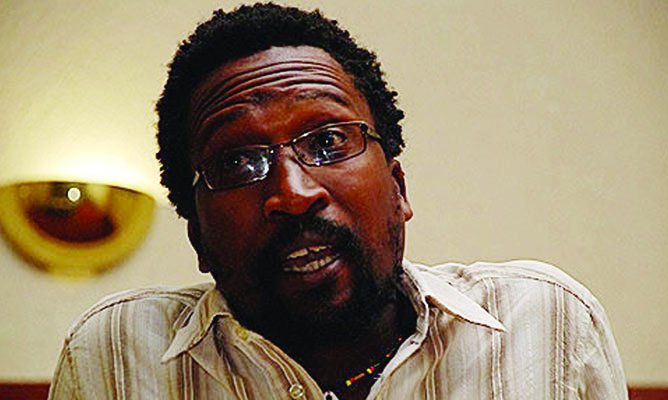 IT is worth repeating until enlightenment. Zimbabwe’s current government is keenly intent on neoliberalism.

And it is increasingly arrogant about it. Note the language of the Finance minister Mthuli Ncube on CNN talking about how “Zimbabwe is Africa’s best buy”, or alternatively the Public Service, Labour and Social Welfare acting minister Kazembe Kazembe reading out a Cabinet statement threatening “political” non-governmental organisations with a blanket ban; or when the ruling Zanu PF party’s war veterans and women’s league wings almost casually announced an intention to raise the presidential age limit from 40 to 52.

Even when motorists are stuck for long periods in fuel queues, the government has not panicked.

They believe in the market even though they are quite literally bailing out a number of private suppliers by giving them priority access to the United States dollar.
(Yes that’s austerity for you, “ring-fencing private capital” while praising the ‘free market and deliberately passing on escalating living costs to the poor).

And expect more of this arrogance as Zanu PF holds its annual 2018 conference to demonstrate not only a firm grip on power, but commit itself internally and externally to neo-liberalism.

It is this commitment that has many opponents to Zanu PF in happy denial that it can pull it off. And their most favourite saying is that “you can’t rig the economy”.

The latter being a fair point if you too like the Zanu PF leaders are a believer in “free market” economics.

Those that support this “free market” economic template both from an ideologically informed bias or just a perusal reading of motivational books on “how to get rich quickly” do not think the market will respond in Zanu PF’s favour.

The only setback to their hope is that private capital appears to be favouring this neo-liberal policy fundamentalism of the ruling party.

Not for political reasons in the strictest of senses but in order not to miss an opportunity of a government that is essentially placing State/public capital on the global auction floor, i.e, to the highest and risk-averse bidder.

So directly political questions of the governments legitimacy are of limited domestic consequence.

And by domestic I mean both in country as well as on the African continent and to the global east.

It becomes a dangerous combination of private capital and a colluding State political leadership that once it sees that the myth of “there is no alternative” is publicly accepted, then they can quite literally weather any other political storm, especially if it’s one that comes in-between elections. And that once done, they can have the establishment of a very real “revolving door” between the State personnel and owners of private capital.

While their President’s new found maxim of “no pain, no gain” is being only painfully felt by many Zimbabweans, their aim with it is to assuage private capital that they will not abandon “austerity”.

And this includes ensuring that there’s a new-found commitment to private capital and protecting its private property rights while allowing it a regular look-in as to what to nitpick from State capital via privatisation.

And this is what is fortifying Zanu PF. An assumption that if they follow the dictates of private capital or the free market, at least at macro-economic policy levels, then they will stay their own version of a political course.

The only catch is that the pain element may also occasionally extend beyond the economic and back to the political if they meet organic and people-centred resistance to the neo-liberal economic order that they want to fortify in Zimbabwe.

The question is how to challenge this under construction hegemonic project, backed as it is by global capital.

The suggestions are many but the actions of those that would be in opposition and challenging for State power need to be clearer on how they are an organic (ideologically grounded to the left, people-centred and intra/internally democratic) alternative to the ruling Zanu PF establishment.

And this fact must regrettably be repeated because not only is it relevant but it would be currently the only alternative to counter the abstract and ahistorical rhetoric of there’s no alternative except to cosy up to global capital.

Even if for now the national consciousness is currently crippled by personality driven political awareness and an urgent concern for the immediate.

The latter being even still crippled by the inverse relationship between incomes and lifestyle (expectations).