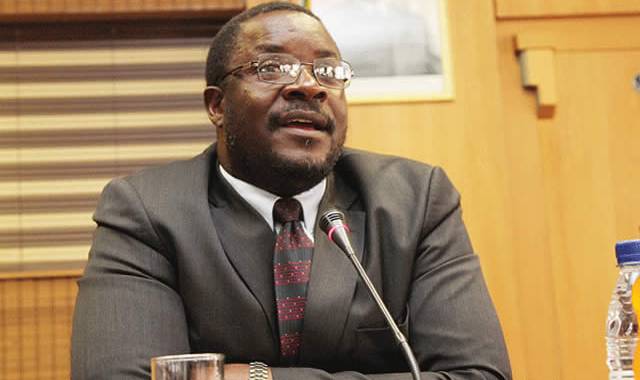 Tawanda Mangoma in Chiredzi
Secretary for Information, Media and Broadcasting Services Mr George Charamba has castigated the Zimbabwe Broadcasting Corporation (ZBC) for failing to unify the country because of its apparent failure to decentralise coverage to all the administrative districts in the country.

Speaking during a Zim Digital meeting here, Mr Charamba said ZBC was reneging on its mandate as a public broadcaster owing to its biased coverage towards urban areas to the detriment of rural areas.

“Why can’t he (Mr Muusha) be on Good Morning Zimbabwe, just give me one good reason? Is his face so ugly, is he so dark? Is his vocal chord so bad?” he asked.

“These are what we term ‘city-centric programming philosophies’ and are you aware you are undermining national unity because if I am outside the country’s discourse it means essentially you have disenfranchised me. I would have been viewed as a foreigner in my mother- land.”

He said broadcasters were supposed to be key pillars of nation building by giving all the voices a chance to speak.

“A country is not solely a talk of boundaries alone, I want you to have a broad philosophical appreciation of the role of the media in the construction of this nation.

“It means bureau chiefs must be given a new working template so that they know their role goes beyond just sending stories for the main bulletin,” said Mr Charamba.

He said his dream was to see the broadcasting of programmes from marginalised communities on television.

“The day I will see people from rural Chiredzi parading their rich cultural heritage in ZBC studios is the day I will retire to my rural home in Buhera because I would have completed my task,” he said.

“But for as long as the screen shows a white face, a long nose I wouldn’t have finished my task.

“Why is it possible that in a black country darker than two nights put together, television screens are as white as snow in the savanna,” said Mr Charamba.

“That is the stark contradiction that we face as a people, thoroughly black but thoroughly white in terms of our viewing habits and in terms of our television and musical tastes. That is cultural imperialism, we don’t have self-belief,” he said.

He said the country’s economy will not recover if Zimbabweans continue to shun their cultural practices.

Mr Charamba castigated the Broadcasting Authority of Zimbabwe for failing to address issues of poor radio and television signals in Chiredzi and surrounding areas.

“As I was driving from Harare, when I reached Zaka I heard that the quality of our public radio stations was very poor.

“But surprisingly ZiFM was rich in quality. How is that possible that the radio station for all of us is broadcasting poorly but a private broadcaster is doing well?” asked Mr Charamba.

“What are you (BAZ) doing about the poor sound quality and I want to come back within a week or so to witness an improvement in quality,” said Mr Charamba.

Turning to progress under the digitisation programme, Mr Charamba said Government, through the digital migration programme, had availed $125 million towards the achievement of universal access to information by all Zimbabweans.

Mr Charamba said Chiredzi will get new transmitters at Chikombedzi and Mkwasine while places like Bikita and Glenlivet in Masvingo will also have transmitters installed to improve television signals.

In their presentations, some residents at the meeting took Mr Charamba to task over the skewed coverage on television which they said was biased towards urban areas.

“We are very much worried Mr Charamba as to why ZBC always has artistes from Harare on their Good Morning Zimbabwe Show while we have so much untapped talent in towns like Chiredzi,” said Mr Muusha.

“Comparing them (ZBC) with other broadcasters, we have seen live news coverage on other television stations where reporters will be speaking with people live while the whole world is watch- ing.

“We also want similar coverage by ZBC and that would address our complaints because at the moment we only see them (ZBC) here asking for radio and TV licences,” he said.