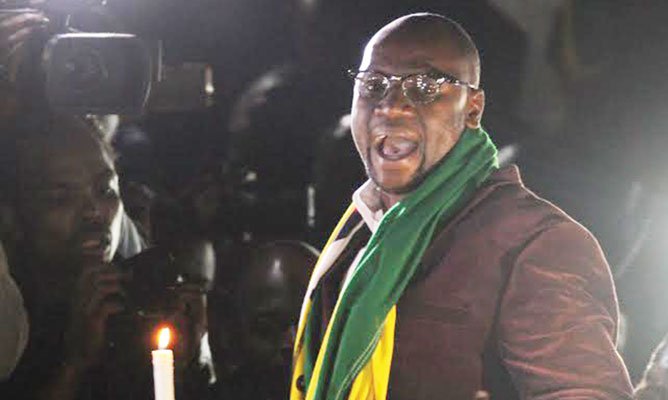 A HARARE magistrate yesterday dismissed an application for refusal of remand filed by the Zimbabwe Congress of Trade Union (ZCTU) president Peter Mtasa, secretary-general Japhet Moyo and #ThisFlag leader Evan Mawarire. The three are accused of trying to subvert a constitutional government following the January 14-16 protests against fuel price hikes.

Mtasa and Moyo, who are represented by Alec Muchadehama and Mawarire by Tonderai Bhatasara had filed the application before magistrate Rumbidzai Mugwagwa, saying the State was delaying their trial.

Prosecutor Sebastian Mutizirwa successfully asked for postponement of the matter, saying the docket had been sent to the Prosecutor-General’s Office for perusal.

But Bhatasara and Muchadehama told court that the State was not ready for trial.

Muchadehama said other suspects who were arrested during the same time with his clients had already been tried. He further told court that the State should give his clients trial dates like it did when it fast-tracked other public violence cases.

However, Mugwagwa dismissed the application, saying the State had demonstrated to the court the progress they had made for the purpose of coming up with a trial date.

The matter was postponed to April 16.

Allegations are that on January 1, 2019, Mtasa, while working in connivance with Mawarire, recorded and published a video which went viral on all social media platforms.

It is the State’s contention that the contents of the video were meant to subvert a constitutionally elected government. The allegations are that Mtasa and Mawarire were coercing Zimbabwean workers to boycott reporting for duty and encouraging civil disobedience or resistance to the law.