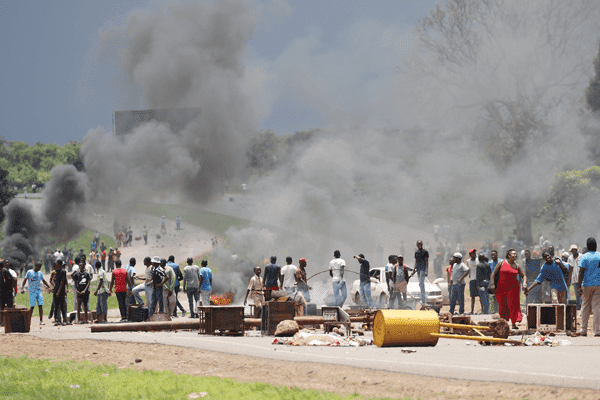 ZIMBABWE Congress of Trade Unions (ZCTU) yesterday said its members were free to participate in the MDC led protests against the government’s handling of the economy and rising poverty.

MDC called for demonstrations next week against President Emmerson Mnangagwa’s government, where under his leadership, the economy has been on a freefall, resulting in the rising cost of living.

The labour body has been threatening a stayaway citing similar concerns.

“If they are protesting about issues that we raised, I won’t be surprised that some of our members will be part of the demonstrations,” ZCTU secretary-general
Japhet Moyo said.

“If they are talking about the same issues ZCTU has been talking about over the years, then I don’t see what will stop them from participating. Those who are
interested will go and participate.”

Moyo said as ZCTU, their modus operandi is stayaways, something which is different from protest marches called by the MDC.

He said as the labour body, they have membership from both Zanu PF and MDC, hence they will not take a decision to have all their members participate in the demonstrations.

The MDC is preparing to confront Mnangagwa’s government, accusing his administration of failing to turn around the economy.

With threats coming from government and the ruling Zanu PF party, the main opposition has remained defiant, refusing to be cowed to abandon their plans.

Meanwhile, the MDC Youth Assembly has called on youths in the country to heed the call by their party president Nelson Chamisa to take to the streets against
the government over the rising cost of living.

“This is the very reason why young people from across the political divide should flood the streets on August 16 to express their disdain at the military cabal
that is threatening to wipe out the entire generation through its so-called austerity measures.”

He said it was their resolve as “an assembly of progress, young social democrats” to serve and save this generation as well as providing leadership and
direction on issues of national interest.

Chuma said the current government was betraying the gains of the liberations struggle.

“Every August, the nation commemorates the gallant efforts of our liberation war heroes who selflessly took it upon themselves to extricate our country from
the jaws of colonialism,” he said.

“Many paid the ultimate price to ensure that the liberation struggle’s three main cardinals of freedom, majority rule and one-man one-vote are realised and
exercised by our people. There is a clique of a few greedy and corrupt individuals who have since diverted and capsized the revolutionary ship, hence upsetting
the national interest agenda.”

Zanu PF youth league boss Pupurai Togarepi on Wednesday said they were going to fight the opposition party’s protests if they become violent, while the
government has also threatened to unleash the military to thwart the demonstrations.