Zec in ‘Catch Them Young’ campaign 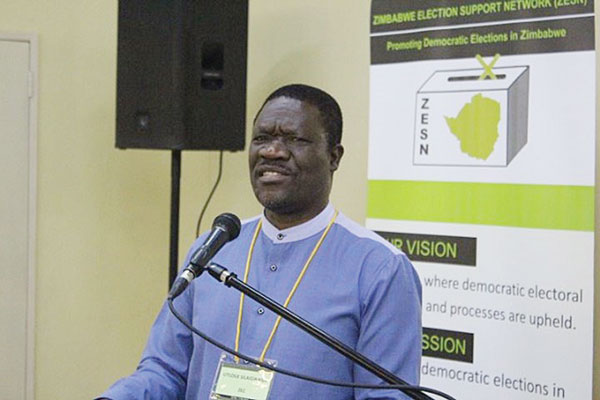 THE Zimbabwe Electoral Commission (Zec) says it will roll out voter education in tertiary institutions under its ambitious project dubbed “Catch Them Young”, aimed at encouraging students to register to vote in the 2023 polls.

He said the commission was at an advanced stage in rolling out voter education in tertiary institutions under the “Catch Them Young” programme.

“Zec will conduct training for lecturers taking part in the project, monitor the project, and provide material and human resources where required,” Silaigwana said.

“This project is part of the commission’s catch them young thrust as it prepares for 2023 and the future.”

He added: “The project involves a linkage being established between Zec and tertiary institutions through signing of a memorandum of understanding.”

He said the linkage would see voters being infused into the curriculum of tertiary institutions through development of new academic programmes of incorporation into existing approved programmes.

Zanu PF is targeting five million new voters, and has put in place an ambitious programme to recruit from tertiary institutions, which used to be the stronghold of the opposition MDC Alliance, which is also banking on the youth vote for the 2023 general elections.

He said voter education provided by Zec, political parties and stakeholders should be accurate, unbiased, and should not mislead or favour any political party.

“Voter education is required for a healthy electoral process as more people may participate if they are educated,” he said.

“It is key to unlock the individual’s ability and determination to fully participate in elections.  Voter education minimises and eradicates the gap created by illiteracy because one may be educated but may not have an understanding of electoral processes.”

Silaigwana said voter education contributed to building a peaceful society where the right to vote is respected and upheld by all citizens.