ZESA board did not suspend disgruntled workers: Murerwa 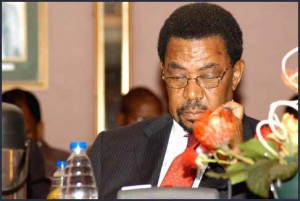 Source: ZESA board did not suspend disgruntled workers: Murerwa | The Financial Gazette April 12, 2018

THE Zimbabwe Electricity Supply Authority (ZESA)’s board has absolved itself of suspending workers for staging a demonstration against corruption at the power utility, insisting the case did not fall within its purview.

Responding to a letter from the Zimbabwe Congress of Trade Unions (ZCTU), ZESA board chairperson, Herbert Murerwa, said they do not interfere with operational issues.

“While my board is not involved in operational issues, it is well aware of the issue and is regularly updated on this as well as other issues of concern through reports. As a board, we have allowed due process to be undertaken and we believe that if indeed the employees concerned are without a case to answer, the legal process will exonerate them. In that regard we urge you to do the same as we have no doubt that you are as law abiding as ZESA itself,” Murerwa said.