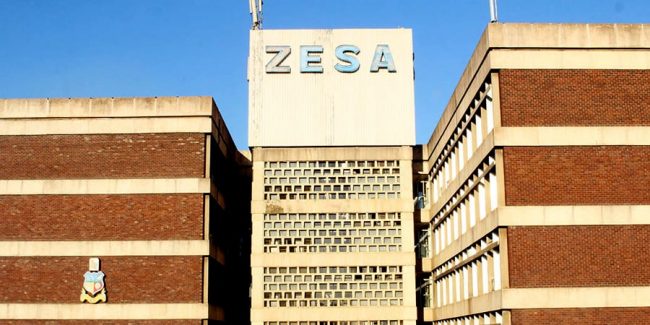 ZESA Holdings’ marketing manager Miriam Churu on Saturday launched her debut book titled Evil Within Us: Echoes From the Grave, which captures what happens in most African families.

A staunch Catholic member, Churu’s career took her to the Ministry of Industry and Commerce, through ZimTrade and PG Industries.

Married to Public Service, Labour and Social Welfare permanent secretary Zvinechimwe Churu, she credits her husband for asking her to try writing.

“Writing is a hobby I was not aware I had. One day, I was dilly dallying on my computer trying to pass time, Mr Churu challenged me to write a story line with 30 000 words in 2016. I wrote my first manuscript titled Queens of the Valley and after that I have been writing a manuscript each year,” she said.

The Mberengwa-born buddie writer told NewsDay Life &Style that the 234-page book is about what happens in African families.

“There are family members who enjoy seeing the whole family remain uneducated and unsuccessful. These are the Hamutendis of this novel, who would want to kill the potential, the dreams and the spirit in us,” she said.

“The events the book chronicles are commonplace in African families and society. The narrative simply places these before a mirror for readers to see through. It is a must-read book for all those keen to see an exploration and understand how society functions.”

Born in 1962 as the sixth child in a family of seven, says she believes in tenets of being faithful, humble and obedient to God for provisions, direction and guidance.

She did her schooling in Mberengwa before leaving the country through Botswana to join the liberations struggle. She was taken to Zambia and then was sent to Cuba for further education between 1977 and 1986.