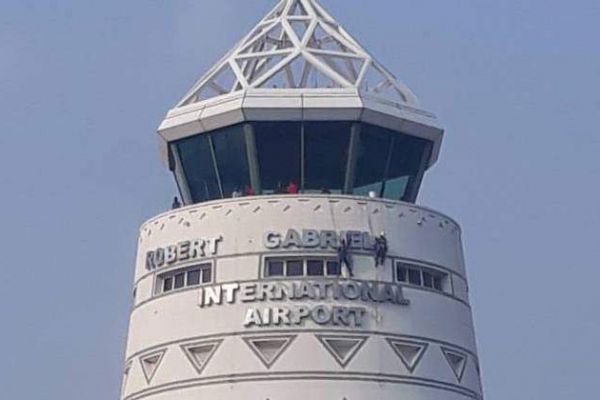 ZIMBABWE’S airports pose an aviation disaster as they are still operating with an antiquated radar system several months after the Parliamentary Portfolio Committee on Transport raised the urgent need for an upgrade.

A report of findings by the committee on the state of Civil Aviation Authority of Zimbabwe (CAAZ) airports infrastructure in April showed that the airports have poor weather detecting instruments, few emergency vehicles and fire stations on standby for aircraft landing and deplorable runways, among others.

The committee conducted verification visits to all CAAZ-run airports, with the exception of Buffalo Range.

Appearing before the committee chaired by Oscar Gorerino (Zanu PF) on Thursday, Transport and Infrastructural Development permanent secretary Thedius Chinyanga warned that the current radar system could not be relied upon beyond December 31.

“The CAAZ has in its coffers $1,5 million and requires a balance of $3,4 million, which is a bid we made to the Treasury, but received nothing. The systems that we have are antiquated and we cannot fathom going beyond 2022 with the equipment,” Chinyanga said.

“Therefore, we pray that you assist us to get the $3,4 million that we bid for from the Ministry of Finance.”

Gorerino said: “It is very dangerous to have a non-functional radar system for a nation. Why is it taking too long to be upgraded. There is a need for a change of strategy on the radar system. What is worrying is the continuous change of tender awarding all the time without any progress on the ground.”

His committee painted a gloomy picture of the state of affairs at the country’s airports, with CAAZ also exposed as technically insolvent to mount any turnaround strategies, while some airports had run out of land for expansion projects.

CAAZ once entered into an agreement with a Chinese firm, China Harbour Engineering Company, for the supply of a new communication system of close to US$5 million, but there has been little movement on implementing the deal amid reports that the Office of the President and Cabinet (OPC) directed CAAZ to consider tender bids exclusively from Chinese and Russian companies.

Spanish company Indra Sistemas (Indra) was initially awarded the tender in 2016, but the deal was set aside after a competing Italian firm, Selex ES, won a Supreme Court case challenging the decision on the basis that the tender did not go through procedures specified by law.

Indra then failed a critical security vetting by the Central Intelligence Organisation and the Air Force of Zimbabwe.

However, Indra was again awarded the tender after CAAZ, in conjunction with the Transport ministry officials, lobbied for a waiver of tender procedures.

Reports said the OPC, along with the Joint Operations Command, made an adverse report on the deal and ordered CAAZ to consider bids exclusively from Chinese and Russian companies, countries which government considers friendly.

According to the committee’s findings, the use of outdated radar systems, shortage of emergency standby vehicles and inadequate fire tenders, among other deficiencies necessary for safety, were a major risk to passengers.

“The committee observed that there were no readily available fire tenders at some of the airports. In this regard, smaller airports such as Masvingo and Hwange National Park were relying on assistance from surrounding stakeholders.

“The committee noted that while fire tenders from Joshua Mqabuko Nkomo and Masvingo airports were being serviced in South Africa, a suitable local arrangement could have been negotiated for by CAAZ. In this regard, the committee noted that these airports had been left without adequate fire tenders to service them and CAAZ had exposed its airports to potential major airline disasters.”

With regards expansion projects, the committee noted that airports were running out of land for expansion purposes, in particular Kariba, Charles Prince and JM Nkomo International Airport as urban settlements had invaded airport zones.