NINE liberation war veterans will on Thursday 26 August 2021 spend their second night in police detention after they were arrested for allegedly protesting against payment of poor pension in a fresh crackdown against dissent in the troubled southern African country. 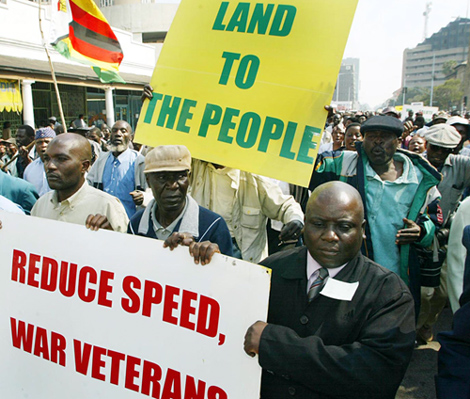 The law enforcement agents alleged that the nine war veterans staged a
protest on Wednesday 25 August 2021 outside Finance and Economic
Development Minister Mthuli Ncube’s offices in Harare, where they held
placards inscribed “Pay war veterans they deserve please we are human
beings. #Mthuli we are tired of bread crumbs like Lazurus.”

The nine liberation war veterans who are represented by Chawona
Kanoti, of Kanoti and Partners and Paidamoyo Saurombe of Zimbabwe
Lawyers for Human Rights, are expected to appear at Harare Magistrates
Court on Friday 27 August 2021 for initial remand processes.