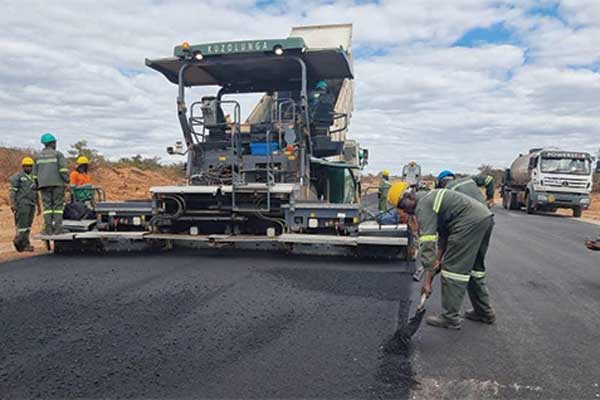 Along with the multi-million-dollar revamp of Beitbridge Border Post — one of Africa’s busiest facilities — Zimbabwe is also reconstructing the Harare-Beitbridge Highway, as it battles to regain lost ground following decades of unchecked infrastructure ruin.

About 340 kilometres of the 580-kilometre-long highway have been revamped and reopened to traffic since the project kicked off about three years ago, according to Transport minister Felix Mhona.

Road authorities also told reporters during a tour of the projects on Friday that the highway and new border post would be far ahead in terms of standards as compared to Zimbabwe’s regional peers.

“We are going to have one of the best borders in the region,” said Ncube, whose firm clinched a deal to refurbish and expand Beitbridge Border Post.

Some parts of the project are already complete, while others are due for commissioning later this year.

Zimbabwe, with one of the region’s worst border posts in terms of bottlenecks due to inefficiencies, says it wants to reduce time spent at the ports to a few hours.

Should this plan be achieved, it would be a big boost for a country that recently lost traffic to the newly-commissioned Kazungula Border Post, which links southern Africa to the rest of the region through Botswana, Zambia and Zimbabwe.

“We are hoping that transporters will return because we are losing business,” one shipping executive told NewsDay Business.

Authorities said they were confident of a swift turnaround once the highway improved.

“When this road is complete, it will be far ahead of what you see on the other side (the South Africa highway from Messina to Johannesburg),” said Jarawani Kangata, acting director for road construction and maintenance in the Ministry of Transport.

Transport secretary Kudzanai Chinyanga said the project had been given top priority by government, which has reduced completion dates to three years, from the initial four-and-a-half years.

“We initially planned to complete in four-and-a-half years, but we are fast-tracking it to three years” Chinyanga told reporters at the start of the editors’ 580-kilometre journey to Beitbridge on Thursday.

“We are planning to cover 200km this year,” he added, noting that government was happy that only local companies, including the Zimbabwe Stock Exchange-listed Masimba Holdings, were undertaking the massive road revamp.

The 580-kilometre highway’s revamp is part of a big operation stretching close to 1 000km, which will end with reconstruction of the Harare-Chirundu stretch of the artery during the second phase.

It sits at the heart of the North-South corridor, where it is the heartthrob of southern Africa’s trade and commerce. Speaking to reporters after the tour on Friday, Mhona said a volatile exchange rate made it difficult to estimate how much would be spent.

But some international bidders had estimated that the project would cost about US$3 billion before Zimbabwe decided to use domestic contractors.

“About 340km have so far been opened to the public,” Mhona said.

“We have been all over the country refurbishing our roads. Fifty-five contractors have been engaged and over 10 700 contract workers have been hired. We are proceeding to Chirundu. What you have seen here (at Beitbridge Border Post) will be replicated at Chirundu. We are also moving to feeder roads and dilapidated roads in locations” Mhona added.

The 340km stretch represents about 58,6% of completed work.

Constructed over five facades ago, the Beigtbridge-Harare-Chirundu Highway had been extensively run down.

This had held back development in Zimbabwe and frustrated the entire region’s transportation
system.

The potholed narrow road with faded or no carriageway markings had turned into a death trap, while delays at Beitbridge and Chirundu border posts had become a nightmare for transporters.