SEVEN people have been set free after the courts found them not guilty of committing public violence crimes after they were arrested by Zimbabwe Republic Police (ZRP) officers last week for allegedly participating in anti-government protests. 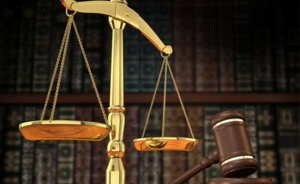 During trial, prosecutors alleged that the six residents on Tuesday 15 January 2019 and at Christos Shopping Centre located along the Chinhoyi-Chegutu Highway, unlawfully and forcibly disturbed the peace security or order of the public by erecting some barricades along the road, threw stones at passing vehicles, attacked police officers, who were manning a roadblock, burnt tyres and destroyed some equipment, which was being used by ZRP officers at a roadblock.

But Zirota, Kuenda, Bizabani, Musariranwa, Nhira and Tiriwawi, who were represented by Tinashe Jore of Zimbabwe Lawyers for Human Rights (ZLHR), were acquitted on Thursday 24 January 2019 at the close of State case by Chinhoyi Magistrate Letwin Rwodzi-Machakaire after she ruled that there was no evidence presented in court by the State linking the accused persons to the commission of the alleged offence.
In Mashonaland Central province, Guruve Magistrate Shingirai Mutiro acquitted Ernest Gandayi, who
stood trial after he was arrested by ZRP officers two weeks ago for allegedly participating in the anti-government demonstrations held across the country to protest against the worsening economic crisis.

Prosecutors claimed that Gandayi, who was represented by Ernest Jena of ZLHR, contravened section 36(1)(a) of the Criminal Law (Codification and Reform) Act after he allegedly obstructed or endangered free movement of persons or traffic.

In acquitting Gandayi, Magistrate Mutiro ruled that the state witnesses who testified during his trial did not link him to the commission of the crime while they also disowned the witness statements which ZRP officers recorded from them. In the end, Magistrate Mutiro ruled that the evidence given during the trial was so unreliable such that no reasonable court would act upon it.