Zim ‘desperately needs dialogue’ to stop the ‘cancer’ from spreading 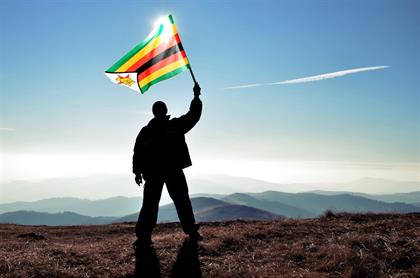 Any meaningful solution to the ongoing crisis in Zimbabwe will have to come from the country’s citizens themselves, but it is in the interest of South Africa and the region to be more assertive in its diplomatic efforts to facilitate a resolution.

Human rights lawyer and opposition MDC Senator David Coltart told a recent Gibs forum: “We desperately need the international community to facilitate a dialogue. Zimbabwe has a corrosive power in the region and the potential to reverse democratic gains. If we do not return to the values of the constitution, this cancer can spread to the region and undermine it, including South Africa.”

Professor Arthur Mutambara, former deputy prime minister of Zimbabwe said the root of Zimbabwe’s current crisis lay in the fact that the current government of Emmerson Mnangagwa was established by a coup d’état in 2017: “You cannot build a democracy on that basis.” Furthermore, “the economy is in free fall and there is no appetite for resolving the economic crisis. There is a deficit of confidence and trust,” he added.

Coltart said Zimbabwe is at a critical moment and is “arguably in its deepest crisis ever. After the military assisted transition there was the appearance of returning confidence and hope that Mnangagwa would match rhetoric with action.”

However, he called the July 2018 election “the most illegal election in Zimbabwean history – we saw a cynical disregard for electoral law.”

Tensions continued to increase following the collapse of the economy in October 2018 and calls to double the petrol price in January 2019 to the highest in the world resulted in a national strike.

“The merciless response from the military saw live ammunition used against civilians, bail was systematically denied and the military was in complete violation of the constitution,” Coltart explained. Often, the authorities targeted people not associated with the unrest, including church, civil and trade union leaders.

“The economic stabilisation that we saw between 2009 and 2013 has been completely undone. A culture of impunity plagues our nation,” he said.

Coltart called for a return to constitutionalism and a renewed focus on respect for the rights of incarcerated people and respect for free and fair elections. “We need to get to the institutional foundation of our country. Therein lies our solution.”

The role of Zimbabweans

Chief executive of Old Mutual Emerging Markets Peter Moyo told the forum that: “Once Zimbabweans realise that the world does not need Zimbabwe, they will get a wake-up call. The international community doesn’t have to do anything.”

However, he admitted it is difficult to convince people to take bold steps as they “have been beaten into submission.”

Former dean of Gibs, Professor Nick Binedell, added that although “primarily, the Zimbabwean story rests with Zimbabweans”, the county’s crisis was structural.

IT IS HARD TO APPLY LOGIC AND REASON TO WHAT HAS HAPPENED IN ZIMBABWE, AS IT IS SO COMPLICATED AND CONTRADICTORY; WHICH MEANS YOU DON’T HAVE AN ADEQUATE BEARING OF WHAT COULD HAPPEN
Nick Binedell

“One of the errors we all make is believing that somehow, something magical will come and turn it around.”

“It takes extraordinary courage to live in and to be active in a society where you are confronted by a state that knows few boundaries, is prepared to shoot its own citizen and intimidate and oppress them to this level,” he added.

“Zimbabweans need each other. Real dialogue comes from acknowledging that the whole is more powerful than the parts. Yet those with true power – business, the military and government can continue eating,” Binedell said.

“It is hard to apply logic and reason to what has happened in Zimbabwe, as it is so complicated and contradictory; which means you don’t have an adequate bearing of what could happen.”

The role of SA, SADC and the international community

Coltart called on South Africa and the international community to push for the establishment of an independent electoral commission and encourage Zimbabweans to register to vote, including the diaspora.

“Zimbabwe is a very strategic player in the region and it is in the interest of all neighbouring countries that is does stabilise, and develop its human and natural resource potential. Its latent potential remains phenomenal,” Binedell said.

South Africa especially has had the benefit of the crisis of Zimbabwe and the country remained “a psychological fear for South Africa as it has similar structural elements and it is possible, but not probable, that we could go down the same path.”

Binedell said South Africa’s diplomatic policy towards Zimbabwe had been a failure and he called on local business with operations in the country to do more to use their strength and influence and shape the government and the situation. “South African companies make a lot of money in Zimbabwe today and have largely stood by while the situation has gotten worse and worse.”

“A total collapse of the into a humanitarian crisis is possible – that should inform the strength of the action taken by Zimbabweans, the diaspora and by countries like South Africa. It is in our direct interest to do as much as we can. While South Africa can’t fix Zimbabwe, it can be an agency of bringing about rational order to the country,” he continued.

Ensuring free and fair elections and establishing an independent electoral commission “are all practical things which can be done, and they should be done.

Zimbabwe is absolutely worth fighting for, and we should do whatever we can to support human rights, the building of democracy and the growing of this incredible economy,” Binedell concluded.

“The Southern African Development Community and the African Union must take a vested interest in Zimbabwe,” Professor Mutambara added.

“As Africans we’re going to sink or swim together.”

• City Press is a media partner of the Gibs forum