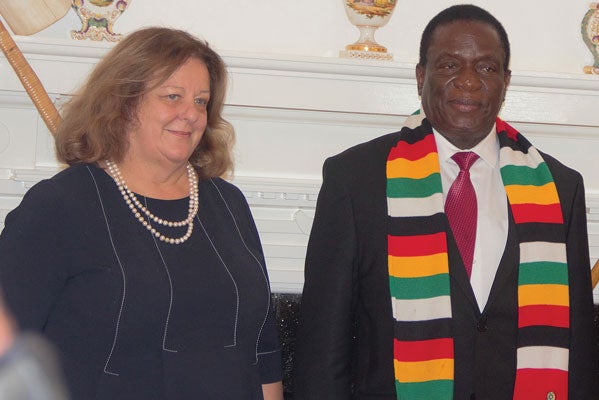 Ribeiro said this at the Parliament of Zimbabwe during a high-level forum on the 30th anniversary of the Convention on the Rights of the Child, which was organised by Unicef and the Parliamentary Portfolio Committee on Education, chaired by Priscilla Misihairabwi-Mushonga.

“However, poverty and economic shocks are putting at risk the achievements by made by Zimbabwe on the rights of children, for example, the impacts on the rights to access to food and nutrition, health and education and to ensure that all children feel protected and safe as this can put them at risk.”

Unicef representative Laylee Moshiri said Zimbabwe signed to SDGs and Agenda 2030, adding that if children’s rights are not improved, the country would be unable to eradicate poverty as most of the 17 SDGs have children at the centre.

Speaker of the National Assembly, Jacob Mudenda said it was imperative to support the rights of women as the care givers of children.

“The international community must also come to our aid because we have gone through difficult periods in terms of the effects of drought. Currently, the water levels at Kariba Dam are very low and we are not getting sufficient electricity, which has an impact on our industry and economy in general. The international community and the United Nations must come to our aid in a more forthright manner,” he said.

Mudenda said the national purse could not provide child feeding at schools, adding that some children were walking 10km to school on empty bellies.

Child president Mukudzeiishe Madzivire said the root cause of children’s problems in the country was that they are not included in decision-making processes.

Misihairabwi-Mushonga blasted ministers, their deputies and permanent secretaries for snubbing the event, where they were supposed to be asked questions about how they are promoting children’s rights.

“We have received sad news that one of us, Alice Ndlovu, passed on this morning (Friday) at around 2am at Avenues Clinic,” Mudenda told delegates.

“It looks like she had problems with kidneys and she died while on dialysis.”

According to her biography on the Parliament website, Ndlovu was born in 1956 in Gwanda and was a widow.