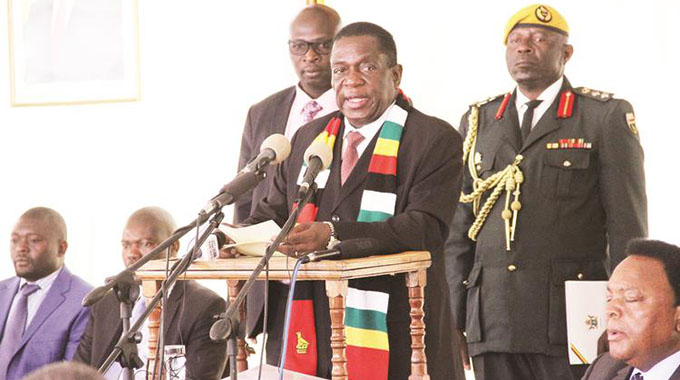 Zimbabwe was among top destinations for Foreign Direct Investment (FDI) last year, recording a near 100  percent growth in number of projects from the previous year compared to  its neighbours that recorded declines, the latest report from global accounting firm, Ernst and Young (EY) shows.

Harare, under a new administration led by President Mnangagwa, is on a drive to boost investment through the “open for business” mantra.

In its Africa Attractiveness Report for 2018 released yesterday, Ernst and Young said Zimbabwe had seen the number of its FDI projects jump to 13 in 2017 compared to seven the previous year.

“The year was characterised by leadership changes across the continent. From Angola to Zimbabwe, and from South Africa to the Gambia, hopes for improved economic prospects follow these leadership changes, with the  overall mood becoming far more optimistic,” said Ernst and Young Africa chief  executive, Anjen Soita.

“The recent leadership changes in Angola, Ethiopia, South Africa and  Zimbabwe will also stimulate policy change, as countries increasingly compete for foreign investment as a key driver for sustained growth.”

Zimbabwe has already announced major policy initiatives aimed at making it simpler for investors, both local
and foreign, to set up shop in the
country, through the proposed the Zimbabwe Investment and Development  Authority.

Ernst and Young cited the move by President Mnangagwa to prioritise the agriculture and mining sectors as well as amendment of foreign ownership laws as key in encouraging investment in the sectors.

Mr Soita said the changes in governments across some African countries had brought about questions from investors on investment policies that would  be adopted regarding issues around tax and repatriation of profits.

“Charging tax penalties may yield short-term gains to the government treasury, but in the long run, they discourage investors and offset the  long-term benefits of inbound investment,” he said.

During the review period, Ethiopia, Kenya, Nigeria, Ghana, Tanzania and Uganda were among other top FDI performers.

South Africa, Mozambique and Zambia, according to Ernst and Young, saw a decline in the number of FDI projects in 2017.

In terms of the ratio of FDI projects compared to gross domestic product, Zimbabwe, at 0,81, was ranked eighth out of the 27 ranked countries.