President Mnangagwa stresses a point to Dinson Colliery Company’s Benson Xu (second from left) while Ministers (from left) Winston Chitando, Richard Moyo and Prof Mthuli Ncube listen during a tour of the company in Hwange yesterday

Zimbabwe will have enough power to push forward its rapid industrialisation from 2023 and is poised to become an exporter of electricity as new coal and coal gas generation capacity being planned or commissioned by private and public initiatives in Hwange come on stream.

Power projects visited by the President on Thursday and Friday are expected to feed an additional 3 000MW into the national grid upon envisaged completion by 2023.

The power is not only sufficient for the country’s present needs, but will also suffice for an industrialised Zimbabwe as envisaged by the economic growth that is being planned in line with Vision 2030 that is set to transform Zimbabwe into an upper middle income economy.

The projects themselves, are designed to support the country’s industrialisation drive by generating the required electricity. Crucially, the projects will also play a critical role in Government’s devolution strategy which is aimed at improving standards of living, creating jobs and generating wealth in the provinces.

Speaking here yesterday, President Mnangagwa noted that employment creation will be accelerated for the benefit of local communities. With some of the projects being foreign-owned, the President implored the companies to prioritise using the local workforce in line with Government policy.

“You (Finance and Economic Development Minister Mthuli Ncube) are spending hundreds of millions a month importing power when we have everything to produce power in this country,” said the President during the tour of Zambezi Gas and Coal Mine.

“Yesterday, where we visited and the general picture I have been given now, is that we should be energy sufficient by 2023 because we have everything. We have the coal, we have the gas in Zimbabwe . . . None of us here will live beyond the volumes of coal we have,” said the President. 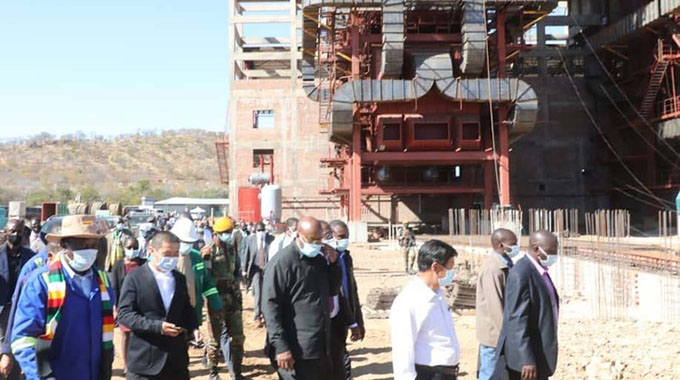 With the projects being dominated by companies of Chinese origin, the President also highlighted that this was a result of his visit to China in April 2018, where he got the backing and support of his Chinese counterpart President Xi Jinping.

Although the President assured all the companies he visited of Government’s total support, he reserved special mention for the locally owned duo of Zambezi Gas and Makomo Resources.

He said he was particularly pleased by the progress being made by the two and noted that they have an added advantage in that their profits will not be repatriated to foreign countries.

He also challenged the two to draw and follow extensive expansion road maps.

Mines and Mining Development Minister Winston Chitando who accompanied the President said the visit had showed that the coal sector is poised to become the first to attain its target under the US$12 billion mining industry set for 2023. 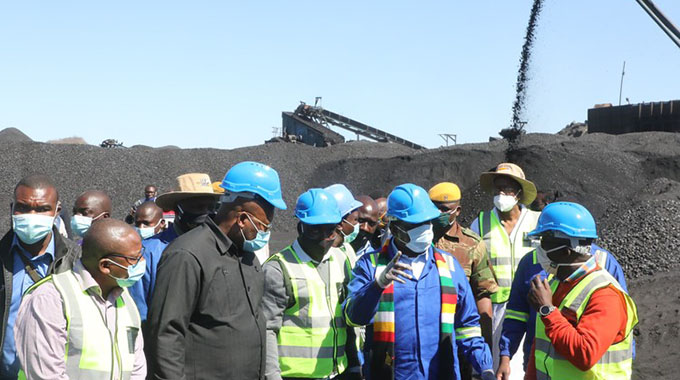 The sector is envisaged to contribute US$1 billion by the 2023 milestone.

“The coal and hydrocarbon sector had been allocated to achieve US$1 billion, but all indications are that it will not only be the first to achieve but will exceed the US$1 billion,” said Minister Chitando.

“This visit by His Excellency has now clearly demonstrated that Zimbabwe is well on course to move from being an importer of power but a net exporter of power,” he said.