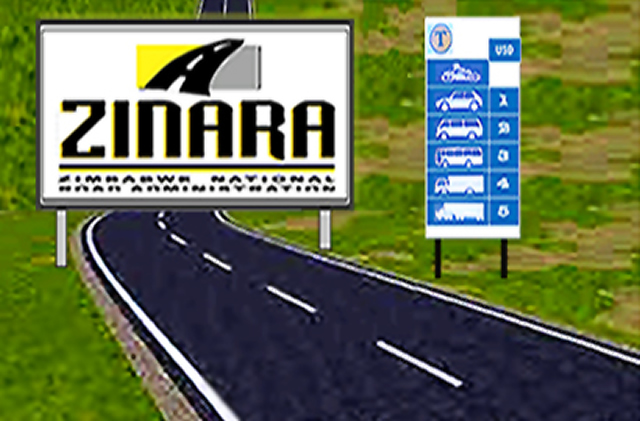 Zimbabwe’s road network has been deteriorating steadily for more than two decades now due to the country’s consistent economic decline. Broad-based corruption at every level of society, including national and local government, coupled with lack of expertise and mismanagement has resulted in many roads throughout the country becoming virtually impassable.
Some foreign investment, largely from the Chinese, has seem some major roads being resurfaced and expanded from single to dual lane. But by and large the country’s roads are in a dismal state. The government recently announced its intention to take over some 700km of roads countrywide from the local authorities. It blames the local bodies for “decades of damage and neglect” and says these roads will now undergo major works after years of damage and neglect.
The local authorities include urban councils and the government says that under its Emergency Road Rehabilitation Programme (ERRP), 192 high-impact roads that previously came under the purview of these councils across the country would soon be rehabilitated. It is unclear where funding for this mammoth exercise will come from. The budget has been set at USD16 billion. ZImbabwe has a massive debt and international economists have said the country is technically bankrupt. The budget for roads in Harare, the capital, has been set at $1.3 billion, while.those in the west one largest city of Bulawayo will cost an estimated $625 million.
The road network, which extends over 708,6 km across the country under 32 urban local authorities, has formally been declared  a “state of disaster”. The Harare Metropolitan Province has 33 roads covering 249km which now fall under the Ministry of Transport and Infrastructural Development, while 16 roads in Bulawayo covering a total of 61,8km have been taken over.
The Transport secretary Engineer Theodius Chinyanga, told the press recently that the rehabilitation works would cover pothole patching and resurfacing of roads that have been excessively damaged throug years of bad weather and lack of basic maintenance. He said most of the work would commence shortly, and that the procurement of maintenance material had been completed.
The disastrous state of the roads has spelled disaster for many transport companies and fleet operators operating inside the country as well as several international organisations that transit Zimbabwe en route to Zambia, Malawi, DRC and other countries to the north. Many fleet operators have found that Toyota’s reputation for strength and durability has been tested to the uttermost by Zimbabwe’s bad roads, and a ready supply of genuine Toyota parts is vital to keep their vehicles on the move.
“It is important that we indicate that most of the roads will receive pothole patching and in some instances where the road is too damaged for pothole patching it will be resurfaced,” said Eng Chinyanga. “At the moment the resources that we have do not permit us to reconstruct all roads that is why we are patching potholes.
“Several roads and bridges around the country have outlived their design life and are showing signs of distress evidenced by heavy potholing, cracking and rutting among other visible failure modes. Most of these roads are now in need of rehabilitation or reconstruction.
“More progress in improving the road and bridge conditions around the country is expected in the immediate term as a number of procurements are being concluded and works starting under various road authorities.
“Government is also exploring ways of augmenting its purse in order to achieve more than originally targeted and prevent further deterioration of roads and bridges,” he said.
Some of the major roads that are set to receive attention in the capital include Chiremba road (8km), Willowvale road (7,5km) Lytton road/Kambuzuma rd/Mupani Avenue/Muonde road(15km), Masotsha Ndlovu Avenue, Acturus road (9km),7th Street/Chancellor/Borrowdale road (14km) and Milton Avenue/ King George road(7,5km).
In Bulawayo Metropolitan Province 16 roads straddling over 61,8km will be patched and resurfaced. Some of the roads include Intemba road (10,0km), Njube Main road (1,5km), Matopos road (3km), 12th Avenue Extension (7km) and Luveve road (4,7km). In Manicaland province, nine roads running over 24,3km will be refurbished.
In Mashonaland East 74,4 km will receive maintenance, with 19 roads belonging to Marondera, Ruwa, Chitungwiza Town Councils and the Epworth Local Board have been slated for attention. Mashonaland Central and Mashonaland West will have 11,7 km and 83 km of roads repaired respectively. Gweru, Kwekwe, Zvishavane, Gokwe and Redcliff have a combined 124km of roads that require pothole patching and resurfacing in the Midlands province. Matabeleland South will have 28km repaired while Matabeleland will have 6km, with Masvingo set to have 43km of maintenance.
In total, over 26 000km of road network will be rehabilitated, repaired and pothole patched this year under the ERRP. According to the schedule 840km of roads countrywide will be rehabilitated and reconstructed, while 8 340km will be re-gravelled. An additional 17 093 km road network is set to be regraded. During the same period, Government plans to reseal 1 290km of roads, reconstruct 427 drainage structures and work on 24 830km of erosion works and drains across the country.

The Zimbabwe National Roads lAdministration (Zinara) has already disbursed $2.3bn from the World Bank-funded ERRP. Zinara spokesperson, Tendai Mugabe, said a good road network was vital if the country was to realise its Vision 2030. “So far, we have disbursed $2.3bn for road works that include ERRP and periodic and routine road maintenance since the beginning of the year. We have disbursed advance payments to all road authorities and road works have already started in earnest in all provinces,” he said while confirming the disbursement of funds to various road authorities for ERRP2 and other road projects.

Under ERRP2, the government plans to rehabilitate 10 000km of roads countrywide. The rehabilitation and modernisation of the country’s road infrastructure so far have seen the opening of more than 160km to traffic on the Harare-Beitbridge road and the refurbishment of the Karoi-Binga road.