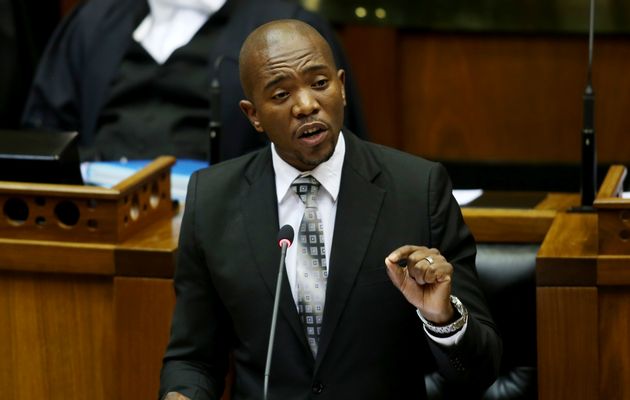 SOUTH African opposition politician Mmusi Maimane yesterday said Zimbabwean heroes who sacrificed their lives during and after the liberation struggle, should be turning in their graves over the way the country was being destroyed by corrupt cartels linked to President Emmerson Mnangagwa’s administration.

Maimane’s tweet irked Mnangagwa’s aide who hit back, labelling him a sellout.

In his post, Maimane said:   “The heroes who died for Zimbabwe are turning in their graves. Their spirits are restless.”

In another tweet, he said: “No one gave their life away hoping for an evil, corrupt regime of thieves led by Mnangagwa. They did not die for self-inflicted poverty. The heroes of Zimbabwe have been betrayed.”

Maimane, a former Democratic Alliance leader, who formed One South Africa Movement last year, is critical of the Harare administration.

He has been a critic of Mnangagwa’s administration, saying it is destroying the economy and perpetrating human rights abuses.

Last year, he led a social media campaign, #ZimbabweanLivesMatter, protesting against the deteriorating human rights situation in the country. This was after the arrest of journalist Hopewell Chin’ono and opposition Transform Zimbabwe leader Jacob Ngarivhume.

“The heroes are buried and the hyenas laugh as they feast on the carcass of a once great nation. My heart really bleeds when I think about how African leaders have destroyed their nations and walk around arrogantly using the names of those who died for it,” Maimane wrote.

“The wolves stole the nation and they have been feeding on the people for 41 years. We must not forget the various African leaders who helped the oppression to continue.

“Zanu PF did not do this alone. It was the silence and complicity of African leaders, here in South Africa and other African nations which gave them the confidence to continue crushing the people.” Maimane said he would not tire of speaking on behalf of the people of Zimbabwe whose freedom of expression is limited.

Mnangagwa’s spokesperson George Charamba immediately responded to Maimane on Twitter, curtly referring to him as a sellout.

“Listen to this sellout,” Charamba tweeted.