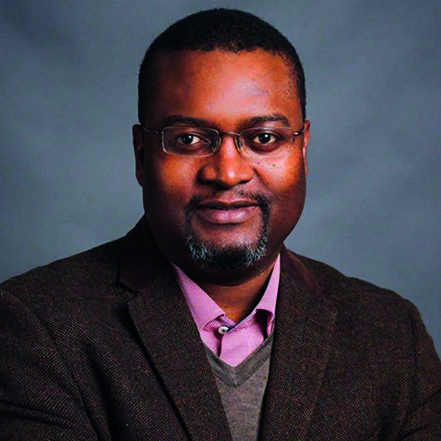 By KENNETH NYANGANI
THE burial of the late constitutional expert and academic Alex Magaisa, who died on Sunday due to a heart ailment, will be in Zimbabwe after his family yesterday said it had already begun the process of repatriating his body from the United Kingdom.

Magaisa (47) died on Sunday at Margate Hospital, United Kingdom (UK), after suffering a cardiac arrest while admitted at the hospital.

In 2018, Magaisa ran a series of social media posts saying he was suffering from a chronic ailment.

Magaisa served as an adviser to the late MDC founding leader Morgan Tsvangirai at the time the latter was Prime Minister of the unity government between 2009 and 2013.

At the time of his death, he was lecturer at the UK’s Kent Law School (University of Kent), and was well known for his incisive analysis of constitutional and legal matters in Zimbabwe through his blog Big Saturday Read.

In its condolence messages yesterday Kent Law School said: “For many thousands in Zimbabwe, Alex was nothing short of a lion-heart, a hero. At Kent Law School, we feel his loss immediately and join with Alex’s friends and admirers around the world in recognising his powerful legacy in matters of human rights, democracy, support for the rule of law and constitutional reform.”

Meanwhile, more condolence messages continued to pour in yesterday with the Zimbabwe Lawyers for Human Rights (ZLHR) describing him as a giant in the Zimbabwean and international academic community.

ZLHR said: “As a legal practitioner, law lecturer and analyst, Magaisa was a giant in the Zimbabwean and international academic community and a huge influential leader who dedicated his time and life to making the law and politics easily comprehensible for ordinary people in society.

“ZLHR will remember Magaisa for his brilliance as a legal strategist and for his kindness.  His death is not only such a loss to his family, friends and students, but to Zimbabwe at large.”

The Elections Resource Centre said: “He was an academic, political and current affairs commentator, veteran human rights leader and constitutional law expert. Magaisa was the ERC legal adviser, a friend and a reliable contributor to election-related debates.

“His work towards democracy, electoral justice and Zimbabwean governance issues lives on and his contributions to the Zimbabwean discourse will always be cherished.”