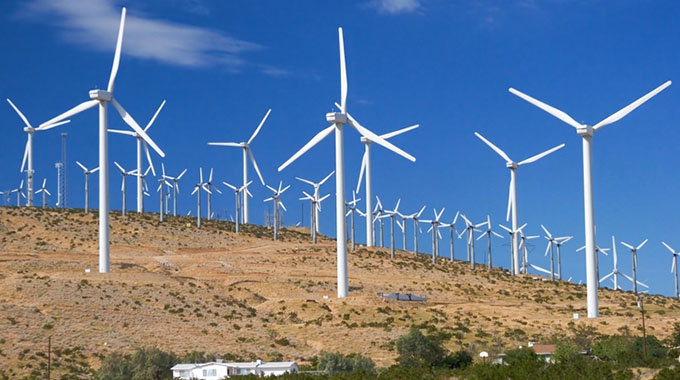 Martin Kadzere Senior Business Reporter
ZIMBABWE has put on hold plans to undertake a wind resource measurement exercise on three sites with highest energy potential, as the price bids received from companies that tendered to carry out the feasibility study were deemed too high.

The purpose of the project is to create an accurate knowledge base of the wind resource available in Zimbabwe through measurement and analysis to help the country plan for renewable energy projects. The intention is to measure wind speed and direction at these sites and remotely collect data for 24 months at a hub height of 100 meters.

The data and information generated is expected to be used in designing large-scale wind power projects, off-grid or mini-grid electric plants, use for water pumping and climate research.

“We received the bids but we could not award the tender because the bid prices were too high,” said Eng Magombo.

The areas where ZERA intends to conduct wind resource measurement include the middle veld from the south to the north eastern part of the country. The zones were identified after taking into consideration access to roads, terrain, proximity to load centres and land use (protected areas and other productive purposes).

The wind assessment programme was stimulated by a study conducted by the International Renewable Energy Agency in 2015 through the Africa Clean Energy Corridor Programme, which identified solar photovoltaics, concentrating solar power and wind energy zones covering countries in the power pools of Eastern and Southern Africa.

Zimbabwe is looking at expanding electricity generation from non-fossil fuels as part of efforts to partly meet its carbon emissions reduction targets by 2030. The country is a signatory to the Paris climate change accord agreed in 2015 which largely seeks to hold the increase of the global average temperature to below 2 degrees Celsius.

As the world battles the effects of climate change, experts say the potential of wind power in terms of reducing carbon emissions is significant.

According to reports, there has been a gradual decrease of the cost of wind power generation, over the past 10 years, making it more competitive compared to fossil fuel ones. Some countries, positioned in optimal locations, have sought to grab the opportunity to move from existing conventional power generation towards an increasing share of renewable energy.

Renewable energy is steadily growing in Africa and some countries have already made significant progress in generating electricity as they move towards green energy projects.

A total of 1 170MW of wind turbine capacity was built in South Africa and another 840MW is currently in the pipeline. Overall, South Africa is aiming to install 8 400MW of wind capacity by 2030.

Through the Moroccan wind energy programme, managed by a public body, the north African country’s government has established a target of 2GW of installed wind power by 2020 from an investment of $3,5 billion. Egypt has set a national target of 4,3GW of renewable energy to its national production capacity by 2022.

Kenya is implementing its Lake Turkana project, which upon completion would produce 324MW.