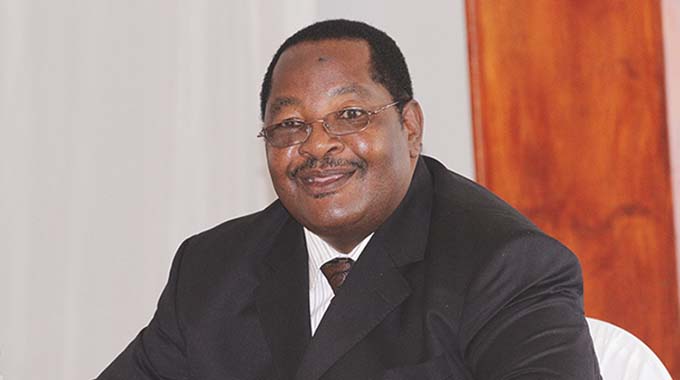 Fidelis Munyoro Senior Reporter
All Chinese nationals visiting the country will now be required to obtain visas at ports of entry with effect from next month after Government reviewed the country’s visa regime to boost the tourism industry. Home Affairs and Cultural Heritage Minister Obert Mpofu said a firmer and all-inclusive arrangement was adopted following President Mnangagwa’s visit to China in April this year.

He made the announcement during the handover of furniture and equipment to the Department of Immigration and the Zimbabwe Republic Police in Harare last week.

“I am happy to announce that the two governments have agreed that as from the 1st of July 2018 Chinese nationals, whether travelling as a group or individually intending to visit the country, will obtain visas at ports of entry,” said Minister Mpofu.
The Zimbabwe migration management system comprises a three-tier visa model classified into categories A, B and C.

Category A refers to countries whose nationals are exempt from visa requirements while those in category B obtain visas at the port of entry, that is on arrival, while category C nationals are required to apply for visas prior to travel.

Minister Mpofu said Chinese nationals seeking permits to enable them pursue other activities in the country must observe the international practice, which demands that they obtain such documents prior to travelling to Zimbabwe.
“I am referring to permits such as temporary employment, students’ and spousal permits,” he said.

“I have pointed this out to dissuade any such applicants who might want to take advantage of access to the country and only submit applications for permits while already in the country. This would be against the spirit of the bilateral arrangement and would not be accepted.”

At least 37 countries including China, Equatorial Guinea, Iran, Algeria, Turkey and Cuba had been moved from category C to category B.

Although China was now in category B, there were conditions attached to that elevation.
Some of the conditions were that only Chinese tourists travelling as a group cleared by tour operators and travel agencies in their country, qualified for category B.

Speaking at the same occasion, Chinese Ambassador to Zimbabwe Mr Huang Ping said the decision to further relax the visa regime for Chinese tourists was made by the Cabinet and announced by President Mnangagwa in his talks with his counterpart President Xi Jinping.

“This is one of the significant outcomes of H.E.’s (President Mnangagwa) State visit to China early this year,” said Mr Huang.
“This policy, upon implementation, will certainly attract more Chinese tourists and investors to Zimbabwe, injecting new impetus to its development.

“As more Chinese come, there will be a growing demand for better service and management of them in terms of the visa, working and residence permits and other security-related issues arising therefrom.”

The Chinese Embassy donated 5 000 litres of petrol and 20 Huawei mobile phones to the Zimbabwe Republic Police.
The Department of Immigration received a conference table with eight chairs, a set of white leather sofas, and a set of black leather sofas, 50 desks, 50 office chairs, 2 large desks and 10 desktop computers while the Zimbabwe Prisons and Correctional Service received 500 blankets and 10 mobile phones.

The Ministry of Foreign Affairs and International Trade and the Ministry of Defence, Security and War Veterans each received a donation of 10 desktop computers and 10 ZTE mobile phones.

Mr Huang said the donations would go a long way to ensure the Government departments are better equipped to execute their mandates.

“These donations also represent the sincerity of the Chinese community to make more contributions to the Zimbabwe society,” he said.