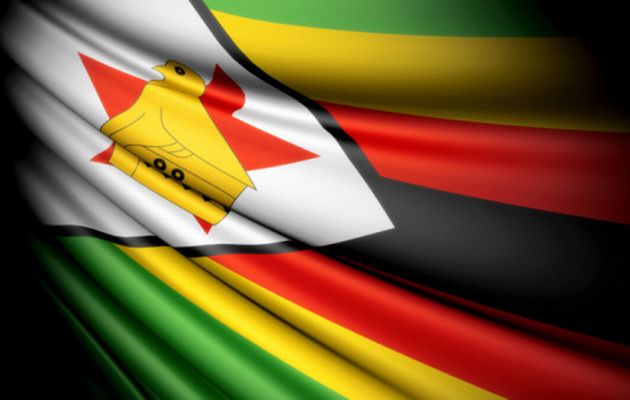 The 2021 World Happiness Report is out, and Zimbabwe ranked one step above Afghanistan, the world’s unhappiest country in the world. A total of 149 countries made the pool of countries that were ranked in the 200-page report.

Finland retained its top spot with a score of 7,84 points, followed by Denmark with 7,62 points and Switzerland with 7,57 points. Zimbabwe, in comparison, achieved a score of 3,15 points and ranked 148th.

Zimbabwe’s score has been on a downtrend since 2013 when it ranked 103rd with a score of 4,83 points. While statistics pertaining to Zimbabwe were dim in 2020, 2021 is shaping up to be a good year for the country despite the pandemic, and this could point to a happier nation on the next edition of the World Happiness Report.

Zimbabwe’s GDP per capita took a knock between 2019 and 2020 as the economy reeled under consecutive drought seasons and volatile policies.

However, the agrarian economy received above-average rainfall in its latest season, and this is likely to result in a better GDP per capita figure in 2021. Overall GDP growth is largely driven by the performance of the agriculture sector, after all.

The level of social support in Zimbabwe in 2020 was largely dismal relative to other nations because of sour relations with the international community.

International Monetary Fund (IMF) member countries received support in various ways in response to the pandemic in 2020. This included rapid financing instruments (RFIs) and rapid credit facilities (RCFs), among other measures. Zimbabwe, however, was sidelined from these facilities because of longstanding arrears to the Bretton Woods institutions.

However, the possibility of a Special Drawing Rights (SDR) allocation of up to US$1,4 billion to Zimbabwe could upend the low social support experienced in the country in 2020.

Another key point that is expected to put smiles on many Zimbabweans’ faces is the successful efforts by the central bank to tame inflation. Zimbabwe’s year-on-year inflation has simmered from 837,5% in July 2020 to 56,4% in July 2021. The slowdown in CPI growth was driven by the introduction of the FX auction system in June 2020 which improved foreign currency availability in formal channels, as well as a reversal on directives that prohibited pricing goods in foreign currency.

We maintain that the economy’s year-on-year inflation rate will continue to soften to levels below 35% by December 2021. Given the largely inverse relationship between disposable incomes and inflation, the prospects of incurring smaller losses in consumers’ wallet through relatively marginal currency depreciation and lower inflation holds promising implications for Zimbabweans, especially for Zimbabwean dollar earners.

We also opine that this will be complemented by the vaccination drive in the country which will have the impact of improving health life expectancy.

To date, Zimbabwe has fully vaccinated over 1,2 million citizens, and more than 600 000 people have received their first jab. Persuasive measures by the government have also prompted many to get their shots, warranting persistently strong vaccination data in the coming months. In addition, cases of infections from returnees from South Africa and other countries are expected to dwindle as vaccination drives progress worldwide.

South Africa, for example, has administered over 6,6 million doses of Johnson & Johnson and Pfizer vaccines, and the figures are expected to grow exponentially since the vaccines were opened to citizens below 35 years a few days ago.

We expect the positive news to drive the performance of FMCG stocks such as Delta Corporation, OK Zimbabwe, Simbisa Brands and Innscor on the Zimbabwe Stock Exchange. As the country rebounds from a low base, so are many of these companies posting more-than-pleasing sales volumes growth.

In its Q1 FY22 trading update, Delta reported a 139% growth in lager beer sales, a 106% growth in sorghum beer sales volumes, and a 205% growth in sparkling beverages sales volumes in comparison to Q1 FY21. African Distillers, a ZSE-listed subsidiary of Delta, posted a 47% growth in overall sales volumes compared to the same quarter in the prior period. OK Zimbabwe also alluded to a 48% increase in sales volumes in Q1 FY22 compared to the same quarter in the previous year. Simbisa Brands, a quick service restaurant business, reported a 56% increase in the average customer spend in real dollars in Zimbabwe in its Q3 trading update versus the prior comparable period. Innscor also recorded positive sales volumes growth for the cumulative period ending March 31, 2021 across all its operations.

Delta’s year-to-date share price performance on the bourse currently stands at 261,6%, while African Distillers, OK, Simbisa and Innscor have achieved respective YTD performances of 195,8%, 79,0%, 274,4% and 173,4%. Looking at these figures, OK stands out as a stock that potentially holds the highest potential upside for investors seeking capital gains. As a cherry on top, OK remains one of the best stocks for dividend-seeking investors on the ZSE with a dividend yield of 5,3%.