ZIMBABWE is undertaking research to improve its wheat yields in order to reduce reliance on imports, a Cabinet minister has said. 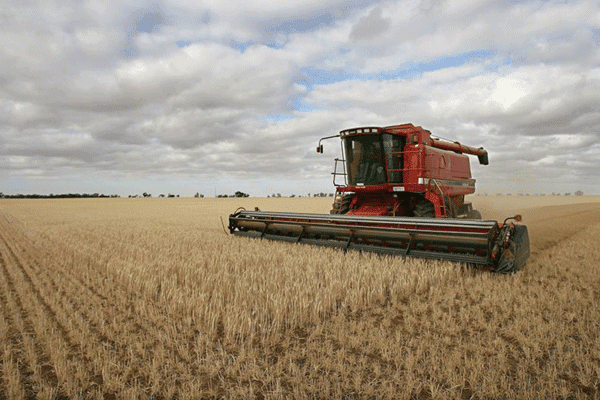 The southern African nation produces 158 100 metric tonnes of wheat per annum, which is just 40% of its 450 000 metric tonne requirement. The balance is imported from mostly Canada, Russia and Ukraine taking up some $83 million in scarce foreign exchange.

National Foods, the country’s largest producer of flour and related products, has since halted operations after its foreign supplies cut back products as a result of non-payment.

The company relies on allocations of foreign currency from the Reserve Bank of Zimbabwe to process foreign payments, but they have not been coming. Agriculture deputy minister Vangelis Haritatos told stakeholders in Harare yesterday that the country was putting various interventions in place to ensure the country becomes self-sufficient.

He said Zimbabwe has the potential to increase wheat area to 70 000 hectares from the current 34 617 hectares, exploiting the available large water bodies.

“It is physically possible and economically feasible for Zimbabwe to grow more wheat and transform the sector, thereby increasing incomes for farmers and stakeholders , creating jobs for the youth and women, and achieving greater wheat self-sufficiency through domestic production by 2025,” Haritatos said.

“The public and private research institutions in Zimbabwe have developed and released a number of high yielding wheat varieties with a production potential of five to six tonnes per hectare. Zimbabwe has a well-trained cadre of research and agricultural extension specialists, and a highly entrepreneurial private sector, which if adequately resourced and motivated can fast track delivery, off the shelf and ready to use best-bet technical innovations and best practices for transforming the wheat value chain”.

Officiating at the launch of the wheat compact under the Technological African Agricultural Transformation(TAAT), said the deputy minister added that currently, wheat production on average is at 3,60 tonnes per hectare.

Zimbabwe Wheat Board chairman Givemore Mesoemvura concurred, saying Zimbabwe has the potential to produce its own wheat, sufficient for local consumption. Local wheat and flour need to be blended with imported wheat or flour to come up with flour with the right baking properties.

“On this one, we have some positive studies towards achieving sufficient output. We have been carrying out tests and is still work in progress, so that we can produce wheat with the desired baking properties locally,” he said.

Mesoemvura said they had carried out a pilot project for high protein wheat in Chipangayi, Chipinge, a move which is geared towards achieving wheat self-sufficiency. TAAT, which is sponsored by the African Development Bank seeks to provide solutions to Zimbabwe to become an exporter of wheat.

TAAT co-ordinator Solomon Assefa said TAAT solutions were being implemented successfully in Sudan, Nigeria and Ethiopia, with a view to cut wheat imports
“When we import wheat, we import poverty. Not only are we losing foreign exchange, we are also exporting jobs. This is tantamount to creating a vicious cycle of poverty.
In Zimbabwe, we have water, land and technology and the people. We have no reason not to do so.History will judge this generation,” Assefa said.