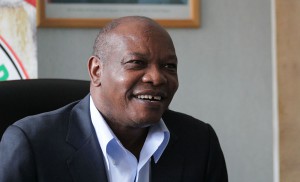 THE United States (US), Europe, Australia and Canada have long been Zimbabwe’s traditional tourist source markets.
But since the turn of the century, Zimbabwe has turned east to the Asian market to boost numbers due to economic sanctions from the West, which have been occasionally accompanied by travel warnings.
The World Travel and Tourism Council says 9,8 million new jobs were added into the tourism sector, which contributed $7,2 trillion to the global gross domestic product in 2016.
Global tourism employment figures stand at 380 million.
Buoyed by the Asian market, the sector has become the third largest global exporter after oils and chemicals, and has overtaken foodstuffs and automobiles.
However, after falling out with its traditional western market largely over the southern African country’s chaotic land reform programme in 2000, Zimbabwe has been struggling to attract visitors, not only from the growing global tourism industry, but also from the lucrative Asian market.
Tourism and Hospitality Minister, Walter Mzembi, attributes this to inadequate fiscal support to his ministry, which was allocated $600 000 for tourism promotion in the country’s $4,1 billion 2017 annual National Budget.
He is agitating for a one percent (approximately $40 million) allocation from the annual budget, which he says would help market Zimbabwe’s tourism products in Asia.
Mzembi says because of the poor budget allocation, the country is failing to benefit from the flourishing international tourism.
Spurred by a blossoming middle class, Asia has been a global tourism force in recent years.
According to the ITB World Travel Trends Report for 2016/17, which analyses current developments in Asian source markets, China contributed at least 280 million outbound tourists in 2016.
The figure is set to grow to 600 million outbound travellers per year by 2020.
Sadly, Zimbabwe appears to be missing out on a share of that rich cake, and for Mzembi, it all boils down to lack of investment.
“How do we miss it in our budget assumptions? For as long as I have been Tourism Minister, we have continued to get a decimalised percentage share of the annual budget. We inflict self-injuries,” said Mzembi.
He said, however, that he had created a $1 billion tourism economy in Zimbabwe without any meaningful investment.
“Imagine what we can do if we get just one percent support from the fiscus? I can guarantee that, if I get it on a sustained basis, I can transform Zimbabwe’s tourism economy from $1 billion to $5 billion within the next three years,” said Mzembi, adding that China, as a single source market, could be sufficient on its own.
China became the largest spender in international tourism globally in 2012 and has maintained top spot ever since.
According to the ITB report, China and South Korea were the best performing outbound tourism markets of 2016, with 18 and 11 percent contributions respectively.

These figures are corroborated by the United Nations World Tourism Organisation (UNWTO) report, which said spending by Chinese tourists grew by 12 percent in 2016.
“2016 was another strong year for outbound tourism from China, the world’s leading outbound market. International tourism expenditure grew by $11 billion to $261 billion, an increase of 12 percent. The number of outbound travellers rose six percent to $135 million in 2016. This growth consolidates China’s position as the number one source market in the world since 2012, following a trend of double-digit growth in tourism expenditure every year since 2004,” said the report.
The outbound traffic from China has largely benefited destinations in Asia, the Pacific as well the US and Europe.
The country lags behind Kenya, South Africa, Botswana and Zambia, which offer almost the same products, according to UNWTO data.
Why then has Zimbabwe failed to tap into such a rich Asian market despite having some of the world’s finest tourist destinations such as the Victoria Falls, Great Zimbabwe, a rich and diverse wildlife?
For Mzembi, the answer is quite simple.
“Imagine if we had a marketing budget and were able to go out there and really position ourselves for who we are as the Zimbabwean product, we would be doing very well,” he said.
However, that Zimbabwean product is hard to sell after years of adverse reports on human rights abuses and, more recently, the many police roadblocks that have scared away tourists.
For the Chinese, instead of coming in their numbers, they have decided to ship baby elephants from Zimbabwe to their zoos.
There is a huge market for domestic tourism products in China, with revenue topping $326 billion.
Zimbabwe’s foreign currency and liquidity crises have also affected tourism, as visitors to the country struggle with payments. newsdesk@fingaz.co.zw