Zim to continue engaging US on sanctions 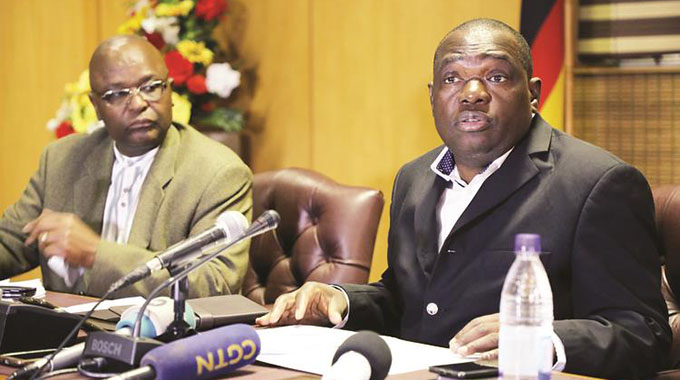 Source: Zim to continue engaging US on sanctions | The Herald August 13, 2018

Further, Dr Moyo said post-election violence which erupted in Harare on August 1 should not be allowed to blemish the country’s recent peaceful polls and its commitment to re-engage with the international community.

Speaking to journalists at his Munhumutapa Offices yesterday, Dr Moyo said some of the issues raised in the amended ZIDERA had already been addressed by Government since the ushering in of the new dispensation in November last year.

“While we regret that ZIDERA continues to exist in any form, we are determined to continue in the re-engagement with the US administration, as we together seek to restore our bilateral relations to normalcy,” he said.

“ZIDERA remains a challenge in that it is an extra territorial law, as Zimbabwe is not legally bound by another State’s domestic laws. However, some of the issues it raises, (such as) rule of law and enjoyment of freedoms, have been ushered in by the new dispensation.

“The rule of law, freedom of expression, free and fair elections have already been accomplished in the new dispensation.

“Reforms of political and economic laws are ongoing endeavours in the new dispensation. The unprogressive aspects however, of the amended act refer to some issues which are being addressed by the National Peace and Reconciliation Commission.”

He said several USA NGOs were among several international observers in the recent country’s harmonised elections.

“The bill does however, acknowledge some economic reforms already achieved and more in prospect as well as noting that the country has paid its debt arrears to the IMF and calls further for re-engagement.”

Dr Moyo however noted that there were some progressive aspects to the amended Act.

He said ZIDERA was not only affecting a few individuals in Government but the entire country.

Dr Moyo said all international business transactions by Zimbabwean people were blocked by the US Government through the Office of Foreign Assets Control.

He said events of August 1 where six people lost their lives in violent demos were regrettable and President elect Mnangagwa had promised to set an independent commission to investigate the matter.