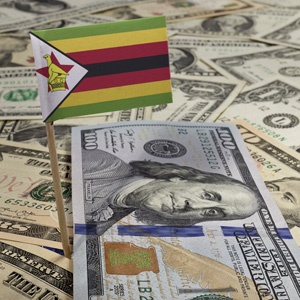 Zimbabwe will issue new notes and coins soon to replace the country’s quasi currency that was introduced three years ago in a failed attempt to counter a crippling shortage of cash and that’s pushed inflation to the highest rate since 2008.

The return to a fully fledged local currency exchangeable outside the country’s borders will be backed by an undisclosed amount of foreign-exchange reserves, gold and loans, Finance Minister Mthuli Ncube said in an interview on August 15 in the capital, Harare.

A Treasury spokesman on Monday said it first needed to compile data on the country’s reserves before commenting on how much foreign exchange would be used to back the new currency.

“We already have our own local currency, but this will be the first Zimbabwe dollar notes which will trade at parity to the bond notes,” Ncube said.

The southern African nation abandoned the Zimbabwe dollar in 2009, after a bout of hyperinflation, in favor of a basket of currencies including the US dollar and the rand. In a bid to deal with the subsequent cash shortages, it introduced so-called bond notes, and RTGS$ in their electronic form, which aren’t accepted outside the country.

Ncube reintroduced the Zimbabwe dollar in June, accompanied by a ban on the use of foreign currencies. This led to a rapid erosion of spending power with the local dollar trading at almost 10 to the greenback. Bond notes were officially said to be at parity as recently as February.