ZIMBABWE has so far used nearly half of the $200 000 grant from African Union for the setting up of a regional internet exchange point, which will see a reduction of internet costs. 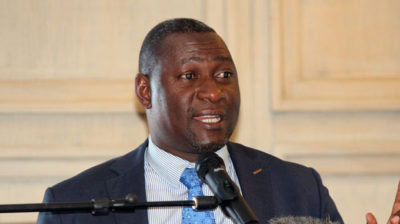 Information Communication Technology and Cyber Security minister Supa Mandiwanzira yesterday told journalists during a tour of the exchange point by African Union Commission chairperson, Moussa Faki Mahamat that internet traffic exchange was in Europe at a cost, before the setting up of the point in November last year.

“The project costs $200 000. So far, $80 000 has been used. To put things into perspective, a regional internet exchange point allows for internet traffic within the region to pass through Zimbabwe and not outside of Africa,” he said.

“So, if you are sitting on a TelOne internet platform, when I send you email from a NetOne or Econet platform that email I send you is not going anywhere except through the internet exchange here in Zimbabwe.

“From a security and cost point of view it’s important to have a regional internet exchange point. In Southern Africa, there are two countries that have been given the right to set up an internet exchange point that is South Africa and Zimbabwe. We are very happy that AU has given us this grant of about $200 000.”

Postal and Telecommunications Regulatory Authority of Zimbabwe (Potraz) head of information communication technology, Tichafa Mujuru said the point would be complete in June. He said they were in the process of bringing in router domain name system (DNS) servers, which will cushion local internet providers in the event of disruptions on the undersea cables.

“If we had those DNS router servers here, we would be able to resolve our internet problems locally. For local websites, for example, there will be no reason they should not work when we have problems outside the country. We are in the process of setting up and we expect that by June there will be everything on the exchange,” he said.