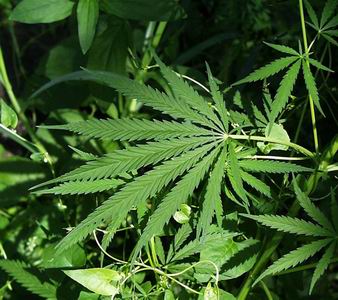 BY SILAS NKALA
A Zimbabwean national in Botswana has appeared in a Francistown court charged with cultivating cannabis in her backyard.

Melody Nkomo (37), an illegal immigrant in that country, was nabbed after the police found several cannabis plants growing in her backyard garden. She did not have a permit.

The police were reportedly patrolling the streets in Area 9, Monarch location when they received a tip-off from a resident on March 9 last year about the plants.

At the close of the State case, Dipateand said Nkomo had a case to answer.

Due to her refusal to answer questions or cross examine witnesses, the State case was closed and the magistrate said he would deliver judgment on February 11.

During trial, the first State witness, Constable Gomolemo Kinnear, a member of the Special Support Group in the Botswana Police Service (BPS), told the court that after they received a tip-off, they went to Nkomo’s place and she took them to the back of the yard where they found tomatoes and the cannabis plants.

Nkomo admitted that she was the owner of the garden, adding that she believed that all the plants in her garden were tomatoes.

“We later uprooted the plants that we suspected were cannabis and took them to the police station in the company of Nkomo,” Kinnear told the court.

When asked to cross-examine Kinnear, Nkomo said she had no questions for the police officer.

Nkomo also refused to question BPS forensic scientist Moment Ogotseng whose testimony was that he examined the plants and concluded that they were cannabis.

She also refused to cross examine another witness, Constable Bright Lithembo after his testimony.

In June last year, Nkomo was fined 1 500 pula for having entered Botswana illegally.

However, she could not be sentenced to imprisonment because she had spent more than six months in remand prison.