Zimbabwe @39: A return to the source 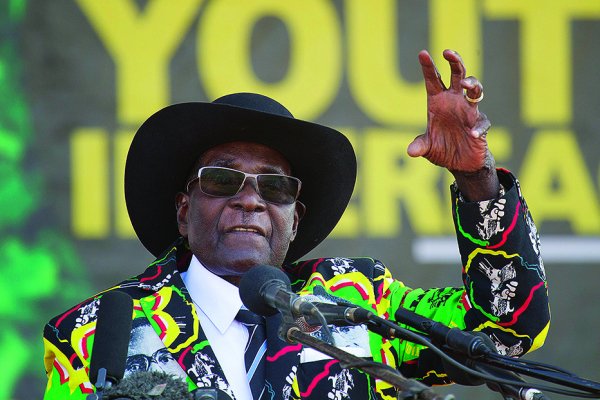 The number of years since our national Independence may increase, but its historic meaning is never lost, and that is as it should be.

No matter one’s political or religious views, our national Independence, coming as it did after years of revolutionary struggle is definitive, liberatory and organic to our national consciousness.

That the person who became the first Prime Minister of the republic, Robert Mugabe, was violently ousted by the still ruling Zanu PF party does not make Independence any less significant.

It never belonged to him nor to his party. Independence will always belong to the people of Zimbabwe in their diversity and in their progressive political consciousness.

And the people have been through a lot: From Gukurahundi, through to the Economic Structural Adjustment Programme in 1992, repression of opposition politics over the years, a populist fast-track land reform programme in 2000 and a sanitised military coup in 2017. Zimbabweans remain exemplary on the African continent.

Specifically in relation to their ability to still try and etch out an organic path to economic and political freedom, all the while retaining a peculiar consciousness of history and our generic struggles against repression.

From the periods of colonialism, through to the attempts at a one-party State and further attempts at suppressing a workers movement-led opposition, Zimbabwe has gone through a lot.

In the 39 years we have been somewhat free of settler colonialism, we have almost seen it all.

Our national responses to the calamities that have befallen us could have led to worse situations, but they did not.

We did not go to war. We did not ask for liberal intervention from a benevolent, but rapaciously predatory West.

Indeed, we lost lives needlessly under Zanu PF’s rule and watch for political reasons. We also lost livelihoods at the behest of the neo-liberal direction of the same ruling Zanu PF party.

In some instances, we have been referred to as “resilient” for expedient, comparative and convenient journalistic purposes.

What is more reflective of our reality is that we suffer, but we continue, not necessarily on a revolutionary path, but taking all lessons learnt to heart.

By default, we are no longer as organically political, but we seek new ways to better our existence, most times with great impatience and less with an understanding of posterity as a political function and value.

And regrettably, sometimes we seek more political saviours than we seek pragmatism in dealing with our contemporary challenges.

What is probably required is the Cabralist concept of a “return to the source” of national consciousness in relation to our Independence.

Not in a dogmatic manner, but more to understand what those that came before us, those that waged liberation struggles in one form or the other, intended for our country to become.

And how to link the same with contemporary developments not only in southern Africa, but also the African continent and eventually the world.

This essentially entails that we reflect more ideologically on our current national state of affairs outside of the populist personality hue that was bequeathed us by Mugabe and his ruling party.

So, for example, we should query the role of the State in relation to its ability and capacity to deliver social welfare for its citizens regardless of class, race or ethnicity.

This entails a review of how the State engages global (colonial) capital in order to better the lives of the people.

The current template being used by the Zanu PF government is a negation of the anticipated liberatory role of the State, mainly because it seeks to make the State subservient to global (colonial) capital and the global (colonial) free market.

Moreover, we should work toward a State that guarantees equality, not just on the basis of civil rights, but economic ones.

And these economic rights are not just the rights to jobs and a narcissist individual culture of consumption.

Instead, these should be economic rights to access health, water, transport, education and general social welfare support.

Even more importantly is the perpetual question of “generational praxis”. It is one that cannot be solved via “schools of ideology” or religious political proclamations.

We need to ensure that we pass on the knowledge of struggle to younger generations not as diktat, but as an organic understanding of our history.

In this, we need to understand that dogma no longer works. Young Zimbabweans want solutions that they not only understand, but consider directly relevant to their personal and collective experiences.

So, passing on struggle knowledge is not a lesson in history; it is a lesson in the past, present and future.

A lesson that ensures that despite the conformity that is sought by social media, we do not lose ourselves in a global community that largely still “others” Africans.

Indeed, it has been 39 years of national independence. The passage of time and occurrence of negative events does not, however, take away from the significance of national liberation, warts and all. Again, we suffer, but we continue, consciously.