ZIMBABWE: A new drinking water plant for the people of Matabeleland North 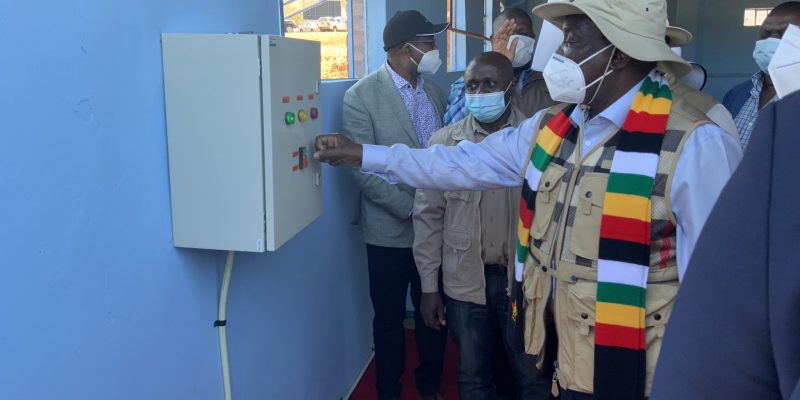 In Matabeleland North province, a new drinking water plant built near the Bubi-Lupane dam is serving hundreds of people. The plant was inaugurated on September 25th, 2021 by the President of the Republic of Zimbabwe, Emmerson Mnangagwa.

In Zimbabwe, the government is multiplying projects to deal with the shortage of drinking water. The phenomenon is caused by several factors, including the drought that is in full swing in the East African country. The latest initiative in Zimbabwe is to tap water from the Bubi-Lupane Dam in Matabeleland North Province to supply people. The dam has been serving the center of Lupane and surrounding villages since 2012.

Water from the dam is treated at a new plant recently inaugurated by Zimbabwe’s President Emmerson Mnangagwa. The plant is located near the reservoir and has a capacity of 115,000 cubic meters per month, about 9,600 cubic meters per day. The Zimbabwean authorities estimate that the facility will cover the drinking water needs of the residents of the Lupane district, which is 23,000 m3 per month.

On Saturday, September 25th, 2021, Zimbabwean President Emmerson Mnangagwa also inaugurated an irrigation project completed in the Bubi and Lupane districts. The aim is to improve maize and wheat production. In the case of wheat, the government of Zimbabwe hopes to obtain 300,000 tons of wheat in the 2021 agricultural season, in addition to the 70,000 tons already in stock, while the country needs about 360,000 tons of wheat per year to meet the demand of its population. 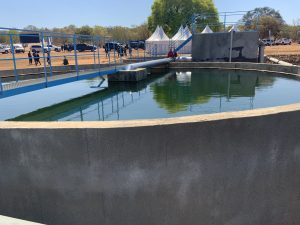 The Food and Agriculture Organization of the United Nations (FAO) forecasts 2021 maize production at 2.7 million tons in Zimbabwe, nearly three times the reduced harvests achieved in 2019 and 2020 due to drought. Given the expected bumper crop in 2021, maize imports have been banned since June 2021. The government has also suspended import licenses for maize grain, maize flour and other maize products. This measure is also intended to support domestic farmers and millers.