Zimbabwe allows mines, others to import own fuel as shortages bite

Source: Zimbabwe allows mines, others to import own fuel as shortages bite | Reuters 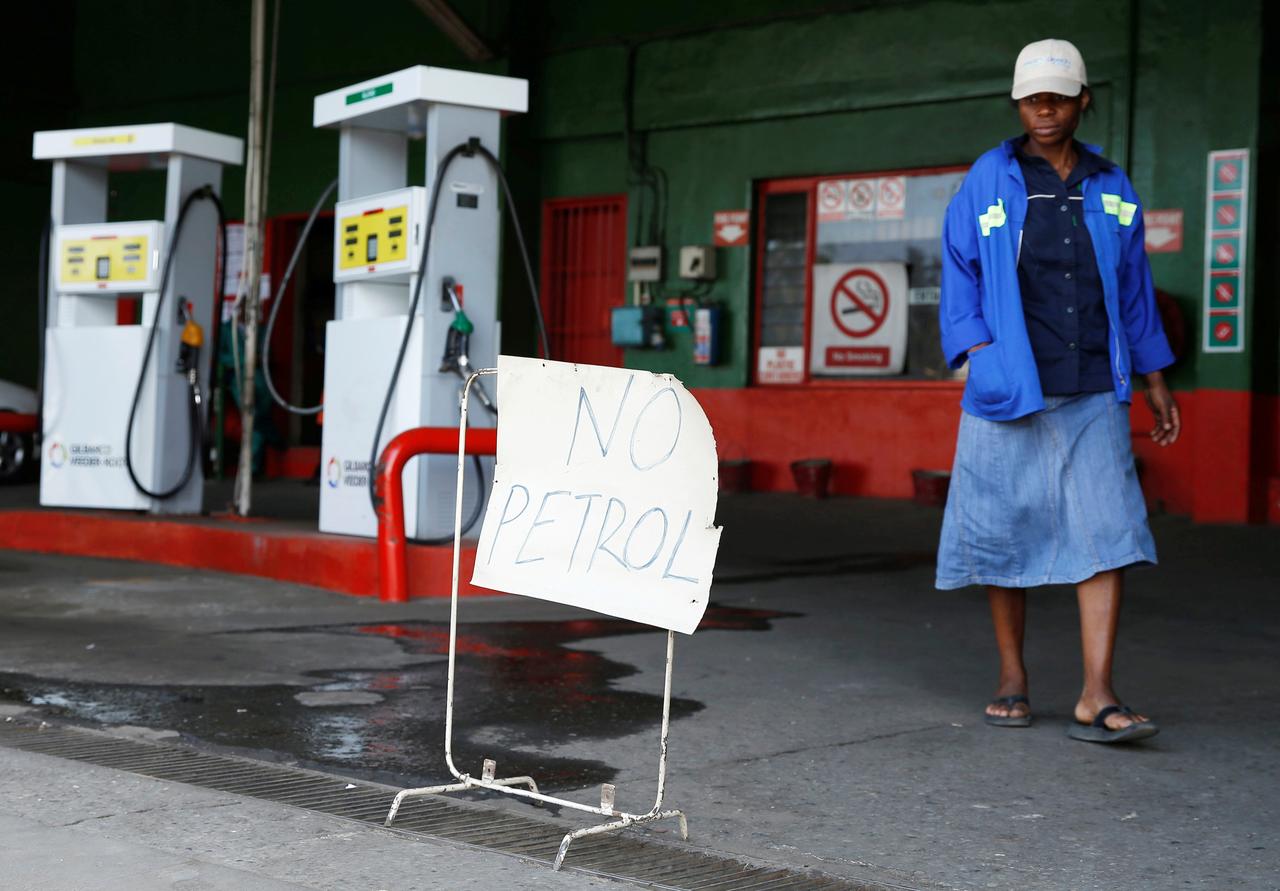 FILE PHOTO: A woman walks past a “No Petrol” sign at a fuel station in Harare, Zimbabwe, October 9, 2018. REUTERS/Philimon Bulawayo/File Photo

HARARE (Reuters) – Zimbabwe on Tuesday allowed mining companies and other businesses to import their own fuel following shortages that have gripped the economy in the last six months due to a severe dollar crunch, a cabinet minister said.

Supplies of fuel in the southern African nation have been intermittent since September, which has seen motorists spending hours in queues at service stations.

President Emmerson Mnangagwa in January announced a 150 percent hike in the price of fuel, sparking violent protests in major towns, which were met by a brutal security crackdown.

“Cabinet has given a green light to large companies such as those in the mining sector, transport sector, commerce to use their funds to import fuel for their use,” Information Minister Monica Mutsvangwa told reporters after a weekly cabinet meeting.

The world’s top two platinum producers Anglo American Platinum and Impala Platinum Holdings are some of the big mining companies operating in Zimbabwe, which will be able to buy their own fuel.

Zimbabwe’s central bank provides between $80 and $100 million a month in scarce dollars to fuel companies to import the commodity. By allowing companies to buy their own fuel, the government expects to ease pressure on demand for dollars.

Long queues that resurfaced last week after a brief lull continued on Tuesday and Mutsvangwa said the government had been forced to take 8 million liters of diesel from the country’s strategic reserve to supply the market.

Despite previous promises by the central bank and energy minister to end the fuel shortages, Zimbabwean motorists have got used to queuing for hours for the scarce resource.