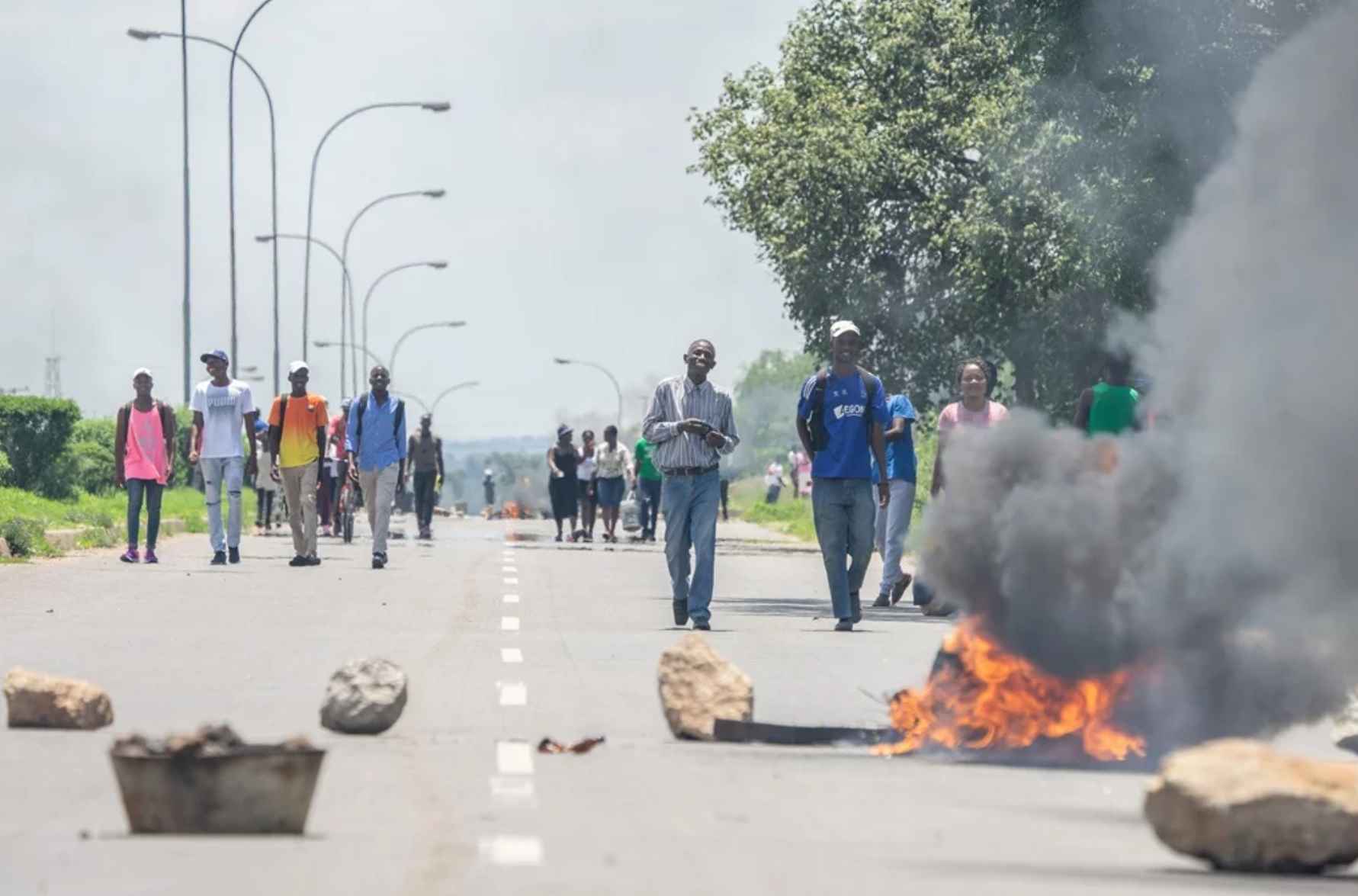 Streets are deserted in Harare, Zimbabwe’s capital, Wednesday as a general strike continues for a third day to protest the government’s decision to more than double the price of fuel.

Lawyers for activist Evan Mawarire say armed police are surrounding his house in Harare. Mawarire in 2016 organised the ThisFlag campaign that sparked a string of nationwide anti-government protests.

Zimbabwe’s largest telecoms company, Econet, has sent text messages to customers saying it has been forced by the government to shut down internet service. “The matter is beyond our control,” said the statement.

Newer Post
Mnangagawa’s petrol price hike is madness. This is what he should be doing
Older Post
By Killing the Internet, Zimbabwe Kills Commerce and the Lights – Bloomberg