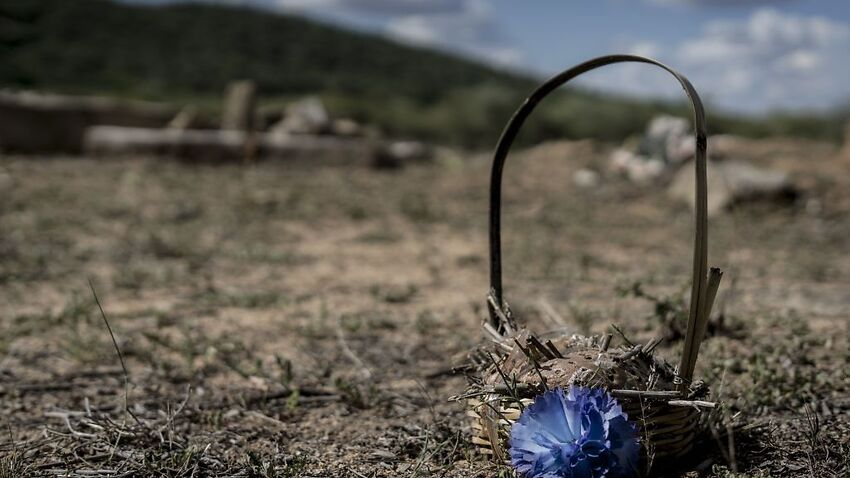 An organisation in Zimbabwe has started exhuming the remains of victims of a government massacre during former president Robert Mugabe’s rule.

According to rights groups, Mr Mugabe’s regime deployed a military unit trained in North Korea during the crackdown on a supposed rebellion in the western province of Matabeleland. The targets were mainly members of the Ndebele ethnic group, who were perceived as backing a rival to Mr Mugabe, who is from the majority Shona group.

Many people, including women and children, were rounded up, tortured and killed during “Gukurahundi”, which loosely means “the early rain which washes away the chaff”. People gather in Zimbabwe to commemorate the killing that happened in Matebeleland in the early 80’s.
AFP

Then 21-year old Thembi Ngwenya was the first to be exhumed as part of a healing process now promised by the government.

Ms Ngwenya was gunned down with her husband while on their way to the local train station, according to the head of the national peace and reconciliation commission.

Local villagers buried their bodies in a shallow grave near a railway line. Graves for the remains of those killed in the massacre – December, 2017.
Getty Images

A non-governmental organisation called the Ukuthula Trust exhumed Ngwenya’s remains on Sunday for reburial at a date to be decided later.

Sello Nare, a retired judge who now chairs the national peace and reconciliation commission said he attended the exhumation.

“The deceased had been buried in a rocky place and the grave was shallow,” he said.

“The reburials from my point of view are a healing process.

“I believe that should create closure as regards what took place.”

Mr Mugabe did not publicly apologise for the crackdown, except calling the killings “a moment of madness.” 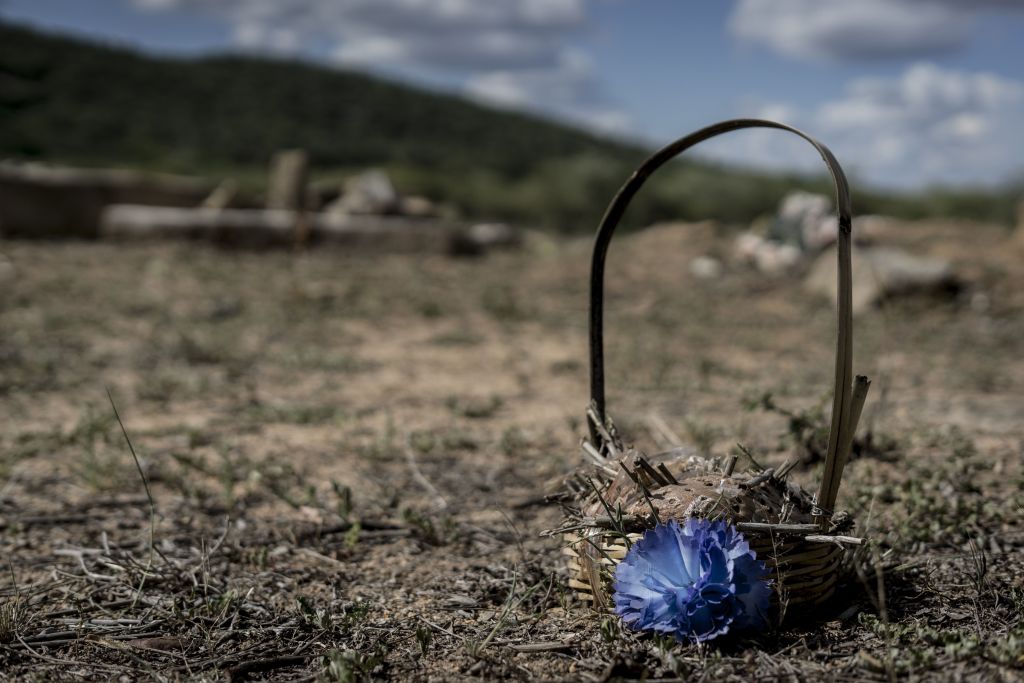 A wreath is seen next to a grave at a monument for the victims of the massacre in Zimbabwe. (photo from 2017)
AFP

President Emmerson Mnangagwa who took over from Mr Mugabe following a brief military takeover in 2017, was state security minister at the time of the killings.

He called for an open discussion to promote healing.

The national healing commission is set to hold hearings later this year.