A billionaire Australian philanthropist says she will spend at least AU$100m (R1bn) of her fortune to create a journalism institute committed to “the pursuit of truth”. 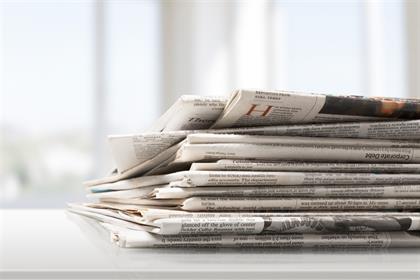 A billionaire Australian philanthropist vowed on Wednesday to spend at least AU$100m (US$72m) of her fortune to create a journalism institute committed to “the pursuit of truth”.

Judith Neilson said the Sydney-based institute would “celebrate and encourage quality journalism in Australia and the world” at a time of “massive change” and challenges for the news media.

“Journalism doesn’t just need critics, it needs champions – people and institutions with the resources to help educate, encourage and connect journalists and their audience in pursuit of excellence,” she said.

The Zimbabwe-born Neilson, a prominent patron of the arts in Sydney, said the Judith Neilson Institute for Journalism and Ideas would run educational programmes and events and provide grants for the development of independent, non-partisan reporting.

Neilson said one of the first priorities of the organisation once it is formally launched in 2019 would be to support more “informed, intelligent” reporting on Asia.

“Through targeted funding and education we can strengthen Australian journalism and help restore faith in its central role in a healthy democracy,” she said in a statement.

“As an avid consumer of news, I recognise the need to support evidence-based journalism and the pursuit of truth in an increasingly complicated and confusing world.”

Australian billionaire and philanthropist Judith Neilson has committed $100 million for a new journalism institute to be based in Sydney. https://t.co/VKdncgfMgw

News organisations in Australia have struggled in recent years with falling revenue and shrinking staff, as giants like Google and Facebook dominate the digital economy.

Neilson’s announcement came the day after an Australian court gave final approval to the biggest media merger in the country’s history, prompting new concerns for the future on independent journalism.

Neilson’s fortune is estimated at around US$1.1bn by Forbes, built through property investments and her holdings in international equities firm Platinum Asset Management.