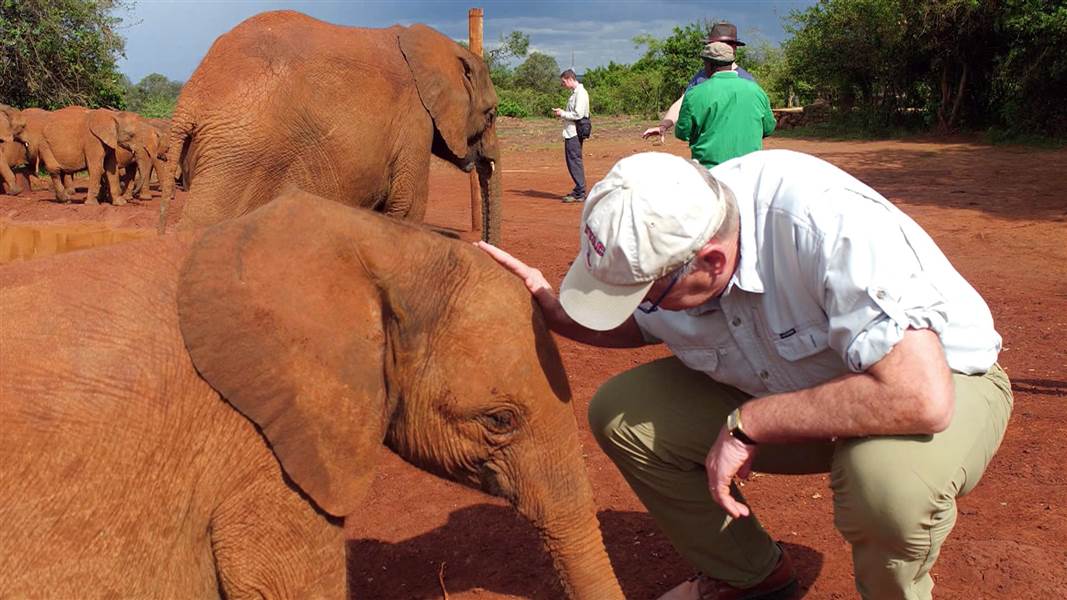 Outraged wildlife conservationists questioned the timing of the Trump administration’s decision to lift a ban on importing trophies of dead elephants from Zimbabwe and Zambia into the U.S.

A spokesperson with the U.S. Fish and Wildlife Service (FWS) said Thursday that they had “determined that the hunting and management programs for African elephants in Zimbabwe and Zambia will enhance the survival of the species in the wild.”

But conservationists and wildlife advocates were critical of the timing of the decision, noting the political turmoil in Zimbabwe, where the military has seized power and is holding despot Robert Mugabe under house arrest.

“This news came at the very second that I was reading about the military coup in Zimbabwe. It’s well known that countries involved in such political crisis both cannot and do not manage their wildlife populations,” said Elly Pepper, deputy director of the wildlife trade initiative at the Natural Resources Defense Council.

The spokesperson for the FWS said in their statement that “Legal, well-regulated sport hunting as part of a sound management program can benefit certain species by providing incentives to local communities to conserve those species and by putting much-needed revenue back into conservation.”

Pepper said sport hunting in some circumstances has been found to have a positive effect for conservation in countries that have adequate management plans and a healthy number of the specific species.

“That is not true in countries that have corruption and are rife with civil unrest,” such as Zimbabwe, she added.

The African bush elephant is currently listed as endangered under the Endangered Species Act, but a provision of the law allows for the import of trophies if it can be proved that hunting the animals contributes to conservation efforts.

These orphan elephants are getting a second chance at life 3:08

While the ongoing conversation around the ban started back in 2014, given the current political climate, the U.S. government should “avoid opening this kind of Pandora’s Box when the situation in Zimbabwe is so dysfunctional,” said Jimmiel Mandima, the director of program design and partner relations with the African Wildlife Foundation (AWF) said. The AWF opposes hunting elephants, lions and rhinos because of the ongoing poaching crisis and population declines, he said.

The decision was lauded by hunters’ rights group Safari Club International (SCI) and by the National Rifle Association, the two groups that had filed suit to challenge the ban. Hunters groups argue that hunting for sport can bring in tourism revenue that can aid conservation programs.

“These positive findings for Zimbabwe and Zambia demonstrate that the Fish and Wildlife Service recognizes that hunting is beneficial to wildlife and that these range countries know how to manage their elephant populations,” said SCI President Paul Babaz in a statement.

The Obama administration introduced the initial ban to mitigate the U.S. impact on elephant population decline after the number of African elephants was found to have dropped, Pepper said.

The previous administration also found that Zimbabwe’s “management plan was outdated and contained some laudable goals but did not include an indication on how it would implement such goals and it also failed to mention how Zimbabwe would enforce the country’s laws regarding the protections,” she added.

The FWS said on its website that it would begin issuing permits to allow the imports of elephant trophies starting on Friday. The service said it had decided to allow the imports because the government of Zimbabwe, non-governmental organizations, hunter associations and other groups had provided the service with additional information that addressed the concerns in the FWS’ previous findings that led to the ban.

Masha Kalinina, an international trade policy specialist with Humane Society International, said a more thorough, critical analysis of the situation and current elephant populations in the countries had to be done.

“We’re seeing a complete reversal with very little evidence that supports such a dramatic shift in policy,” she said.

Mandima, who is from Zimbabwe, said that the administration needed to consult further with conservationists and other groups on the ground.

“We do need to provide advice and input to decisions that the U.S. government ends up making for the greater good,” he said.