Zimbabwe: Claims of forced labour at diamond mine a ‘shameless lie’

Source: Zimbabwe: Claims of forced labour at diamond mine a ‘shameless lie’ | Fin24 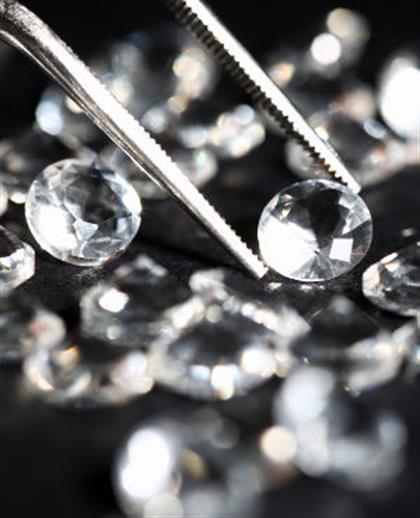 Zimbabwe angrily denounced a US government decision to curb imports of diamonds from its Marange field, branding the claim the country uses forced labour at the operations “a shameless lie.”

“Invoking the repulsive prospect of alleged forced labour is a new nomenclature for seeking to bar Zimbabwe’s diamonds from the international markets,” the southern African nation’s government said in a statement. “This move constitutes a grave and serious attack on Zimbabwe’s interests and is no less than a manifestation of undeclared sanctions.”

The Kimberley Process, which aims to ensure that the proceeds of diamond mining aren’t used to fund conflict, confirmed that it has no restrictions on trade in Zimbabwean diamonds. The body represents 81 countries, accounting for 99.8% of global rough diamond production.

Zimbabwe, suffering its worst economic crisis since 2008, is desperate to end sanctions imposed by the US and the European Union on politicians and state companies. The government blames the US measures, in place for almost two decades, for hindering investment in the country.

The US Customs and Border Protection agency announced the so-called withhold release order on the Marange diamonds in an October 1 statement, without giving details of the allegations against Zimbabwe.

“A WRO allows importers an opportunity to re-export their goods or to provide evidence that their goods are not produced with forced labor,” the agency said in a response to questions. The order can be imposed on the evidence of news reports or allegations made directly to it by non-governmental organizations, the agency said.

It also imposed the same measures on gold from artisanal mines in the Democratic Republic of Congo and a variety of products made by companies in China, Malaysia and Brazil.

“If they had concerns they should have contacted us, our doors are open,” Polite Kambamura, Zimbabwe’s deputy mines minister, said by phone. “If they request to go to Marange, our doors are open. It’s so disturbing that they made this announcement.”

Marange, in eastern Zimbabwe, is not without controversy. The field, by far the biggest diamond operation in the country, was seized by the government from African Consolidated Resources Plc, a U.K. company, in 2006. The company fought the decision in court for several years but failed to overturn the state’s decision.

After the seizure, Marange was overrun by thousands of informal miners before being commandeered by the military. Non-governmental organizations including Human Rights Watch and the opposition movement for Democratic Change accused the government of abuses including widespread smuggling — and of using revenue to fund ruling party militia during election campaigns.

New York-based Human Rights Watch accused the military of killing as many as 200 informal miners at the site and demanded that the Kimberley Process sanction the diamonds. The army has denied the allegation.

Between 2009 and 2016, Chinese and South African companies mined the deposit in partnership with the government. In 2016, then president Robert Mugabe ordered them off the deposit, saying that the state had been illicitly deprived of $13 billion in potential revenue.

The only company now mining at Marange is the state-owned Zimbabwe Consolidated Diamond Co.

“We are a responsible state miner that operates within the laws of the country and we observe strict adherence to critical tenets of corporate governance,” the company said. “ZCDC employs labour in terms of the Labour Relations Act and there is no compromise on that.”