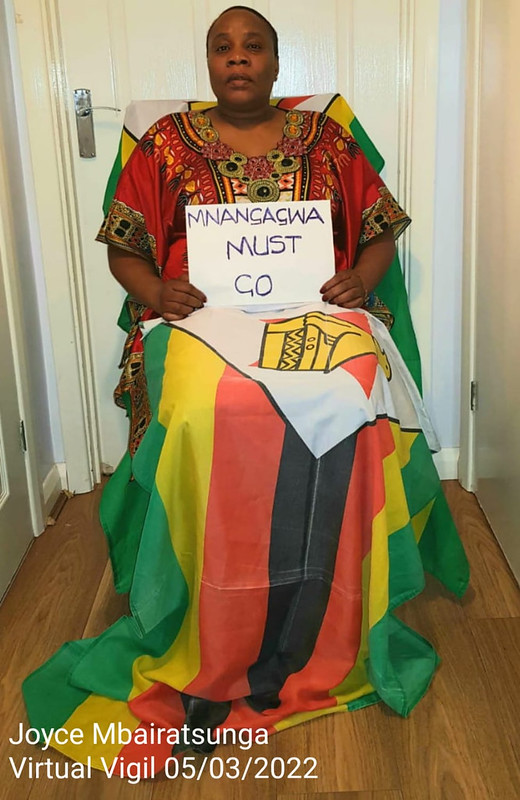 Sadly it came as no surprise that the Zanu PF government has refused to criticise Russia for its unprovoked and brutal invasion of neighbouring Ukraine – a close relative and historic friend.

In a vote at the United Nations most of the world condemned the suppression of Ukrainian independence (141 out of 193 UN members). Zimbabwe was among those who abstained while the Russian army was demolishing Ukraine simply because it wanted democracy. It was as if the Zimbabwean military was attacking Zambia because it had elected a progressive president.

Admittedly, South Africa and a number of other African countries beholden to Russian and Chinese patronage and careless of democracy took the same self-serving line (see: https://www.news24.com/news24/africa/news/un-vote-on-russia-complicates-things-zimbabwe-20220303).

Of course China itself refused to condemn Russia. After all, the Russians had agreed to its request not to steal the headlines while the winter Olympics were being held in China! Together with Russia China is a great partner of Zanu PF, sharing its totalitarian instincts. Worried by domestic criticism of its savage and unprovoked attack on Ukraine, Russian President Putin has threatened a prison sentence of up to 15 years for anyone who criticises him (The Times, Friday 4th March 2022).

President Mnangagwa is doing little less than this in his Private Voluntary Organisations (PVO) Bill which seeks to regulate the operations of non-government organisations (NGOs). Civil society organisations say this is an attack on democracy. Apart from anything else, it is estimated that it will cost about 18,000 jobs in the NGO sector and jeopardise NGO contributions to the country of about US $800 million a year (see: https://www.newzimbabwe.com/zimbabweans-to-pay-dearly-for-draconian-pvo-bill/).

The Bill has been criticised by the UN which said it would gravely affect civic space. And last month the European Union, renewing sanctions against Zimbabwe, said it was one of the oppressive pieces of legislation which showed that Zimbabwe was not improving its democratic principles (see: https://www.newsday.co.zw/2022/03/ngo-bill-to-cut-18-000-jobs/).

Government Information Secretary Mangwana said the Bill was aimed at curtailing money laundering. But Musa Kika of the Zimbabwe Human Rights NGO Forum said: ‘Mangwana’s statement betrays insincerity. These are statements that pretend to be ignorant of the government’s real intention, which is to bring civil society organisations under undue and excessive governmental control.’

Obert Masaraure. spokesperson for Crisis in Zimbabwe Coalition said there was no need to introduce new money-laundering laws when there were already sufficient laws to deal with it.

Residents Associations Coalition for Electoral Reforms spokesperson Marvelous Khumalo said: ‘We have seen senior government officials and businesspeople who are connected to the ruling party laundering huge sums of money and surely this is not contained in the PVO Bill.’ (See: https://www.newsday.co.zw/2022/03/pvo-bill-has-nothing-to-do-with-money-laundering/.)