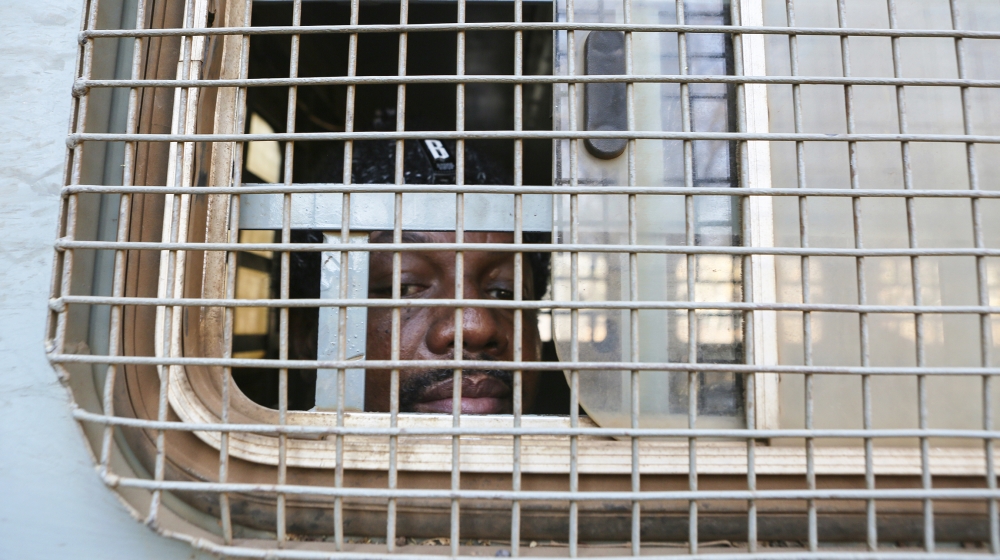 The 49-year-old has been charged for his role in promoting opposition-organised demonstrations against corruption and a worsening economic crisis under President Emmerson Mnangagwa.

A government critic, Chin’ono in June had also helped expose a multimillion-dollar corruption scandal involving the procurement of coronavirus-related supplies that later led to the dismissal of the health minister.

Chin’ono, who was arrested from his house in the capital, Harare, on July 20, denies the charges. His two bail applications were previously rejected, and on Monday magistrate Ngoni Nduna threw Chin’ono’s third bail plea out.

Nduna said Chin’ono’s defence team had not presented new facts in the latest application and that the anti-government protests feared by the government could still happen.

“It will be wrong to say [the] 31 July [protest] was a non-event,” he added. “There is a high likelihood that there will be nationwide demonstrations if the applicant is released.”

Justifying the ruling, Nduna said: “He has been advocating for the removal of government from power.”

Chin’ono’s lawyers said they would appeal against the judgement.

The planned demonstrations on July 31 were denounced by Mnangagwa as “an insurrection to overthrow our democratically elected government”, while the police banned them, citing coronavirus restrictions.

Still, some 20 activists held demonstrations in their neighbourhoods, including award-winning author and Booker Prize nominee Tsitsi Dangarembga. They were arrested and have since been freed on bail.

The demonstrations had been called by opposition politician Jacob Ngarivhume, who was also arrested and denied bail last week.

Their arrest and continued detention has led to criticism that Mnangagwa’s government is attempting to muzzle the press and using COVID-19 lockdown to arrest, harass and torture activists. The government denies the accusations.

Chin’ono was ordered back in court on September 1 for a routine remand court appearance. No trial date has been set yet.

The journalist has lost the services of a top lawyer, Beatrice Mtetwa, after the same magistrate accused her of denigrating the courts and ordered her to stop representing him.

The internationally-acclaimed lawyer has been at the forefront of defending human rights activists for many years.