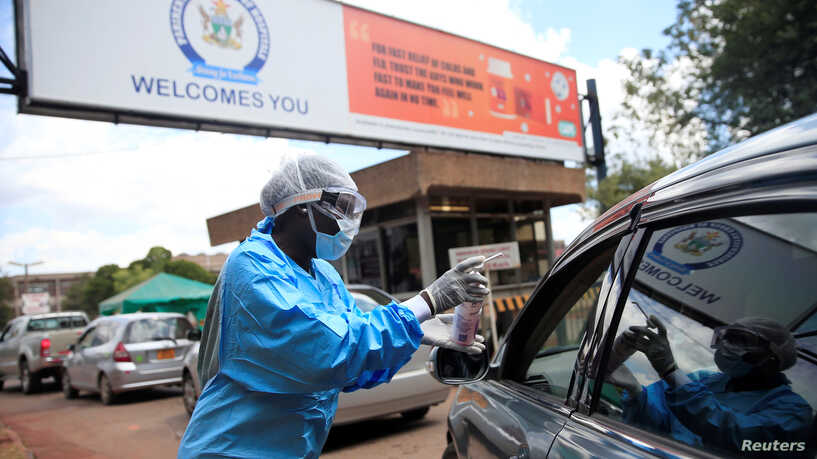 This report covers 2 days, Friday 12 and Saturday 13 June 2020 which marked day 75 and 76 of the national lockdown declared by President Emmerson Mnangagwa and has been in place since 30 March 2020.  Over the last 2 days, the Ministry of Health and Child Care has reported an increase in the number of confirmed cases of COVID-19 to three hundred and fifty-six (356). The number of cumulative tests done stood at fifty-eight thousand two hundred and thirty-nine (58 239). Of these, fifty-seven thousand eight hundred and eighty-three (57 883) were negative. The number of recoveries remained at fifty-four (54) and the death toll remains at four (4).
2.0       Methodology
Information contained in this report is derived from the following Forum Members:

Excerpts from reports generated by The Herald and Bulawayo24 have also been incorporated into this report.
3.0       Emerging issues
3.1       President’s COVID-19 update
President Emmerson Mnangagwa addressed the nation on 12 June 2020 on the COVID-19 situation in the country. The President advised that the country remains at lockdown level 2. However, the following adjustments to the lockdown are to be made:

The President also reminded citizens of the basic COVID-19 requirements such as not to cough into hands and maintaining social distance. Citizens were also encouraged not to spend time in enclosed spaces with strangers, and ensure that windows are open in workspaces. Citizens were reminded to wash or sanitise hands regularly and thoroughly and to wear face masks at all times. The President also announced that the People’s Republic of China donated personal protective equipment.

3.2 General Updates
On Friday 12 June 2020, the Minister of Industry and Commerce Dr Sekai Nzenza issued a statement in which she announced that the government had increased the price of subsidised mealie meal from ZWL73,90 to ZWL216,15 to cushion millers against rising costs. There was however a later statement in which it was clarified that members of the public would continue to access the mealie meal at ZWL70.00 while the government will pay the difference to the millers.  According to Minister Nzenza, the subsidy is part of the government’s effort to cushion citizens from the effects of COVID-19.

The Spokesperson in the Ministry of Primary and Secondary Education, Mr Patrick Zumbo advised that the government is working on a new school term structure that will show how learning will be when classes start on 28 July. Addressing journalists, Mr Zumbo advised that the structure will factor in opening and closing dates, June examination classes, November examination dates, school fees structure and breaks during the term.

The Minister of Public Service, Labour and Social Welfare Professor Paul Mavima advised journalists that the National Social Security Authority (NSSA) is setting up a National Unemployment Benefit Scheme to cushion unemployed workers against the effects of COVID-19.

A former Member of Parliament for Rushinga Wonder Mashange and former ZANU PF Mashonaland Central Provincial Chairperson Dickson Mafios were on Friday arrested just after being released from a Quarantine centre. Mashange and Mafios arrived in Zimbabwe two weeks ago from South Africa.  In accordance with the COVID-19 regulations duo were put in mandatory quarantine.  The 2 were allegedly questioned about their visit to South Africa where it is suspected that they were in touch with Saviour Kasukuwere who was named in a recent press statement by the Minister of Home Affairs and Cultural Heritage Kazembe Kazembe among some suspected coup plotters who include Job Sikhala, Apostle Talent Chiwenga and other forces deemed hostile to the ZANU PF administration.

3.3 Abduction Update
MDC Alliance Harare West legislator Honourable Joana Mamombe and youth leaders Cecelia Chimbiri and Netsai Marova appeared in court on Friday 12 June 2020 facing allegations of defeating or obstructing the course of justice as defined in section 184(1)(f) of the Criminal Law (Codification and Reform) Act [Chapter 9:23] for allegedly making false statements alleging that they had been kidnapped by some unknown people on 13 May. The MDC Alliance trio will spend the weekend in remand prison after court adjourned until Monday. Harare Magistrate Bianca Makwande indicated that she will hand down her ruling on their bail application next week citing other commitments on Saturday 13 June.

4.0       Summary of violations
The table below summarises human rights violations documented by the Forum Secretariat and Forum Members from 30 March to 13 June 2020.

6.0 Court Update
The Habakkuk Trust filed an urgent chamber application with the Bulawayo High Court seeking an interdict to restrain the Parliament of Zimbabwe from holding public meetings commencing on 15 June 2020 aimed at discussing the Constitutional Amendment No.2 Bill.  The Trust is arguing that the public hearings should only commence after the Covid 19 pandemic and the national lockdown to curb the pandemic are over.

The Forum takes note of the statement issued by the President regarding the relaxation of the national lockdown, however, the President did not address pertinent issues relating to the lockdown including the stricter enforcement of the lockdown measures by police officers across the country on 2 June. Other pertinent issues such as inter-city travel, transport challenges and the conditions in quarantine centres vis a vis the ever-increasing numbers of confirmed COVID-19 cases among returnees were also not addressed.

The Forum is also concerned with the plans by Parliament to conduct public hearings during the current context where public gatherings are discouraged and a national lockdown is in force. Conducting public hearings during this time would greatly hamper the public’s participation and defeat the purpose of the hearings. The Forum therefore eagerly awaits the courts’ determination of the applications before the High Court in Harare and Bulawayo in respect of this issue.