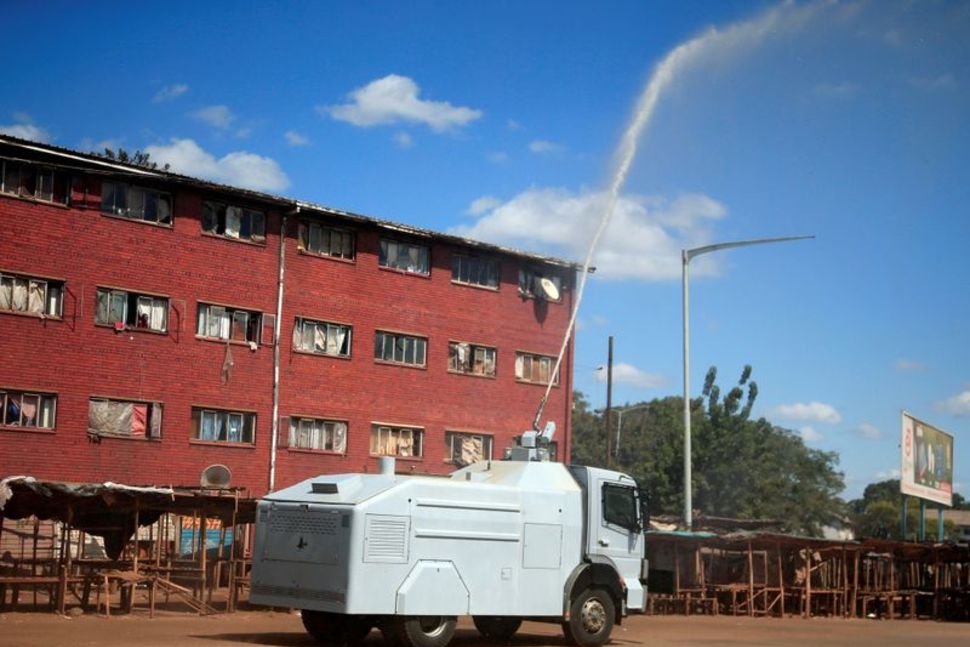 Thursday 21 May 2020 was day 53 of the national lockdown which was declared by President Emmerson Mnangagwa and has been in place since 30 March 2020. The lockdown was extended indefinitely on 16 May 2020 and remains on what the President called Level 2 which allows the nation to gradually ease out of the lockdown while minimising the risk of a sudden increase in the number of COVID-19 cases.On 21 May, the Ministry of Health and Child Care reported that one thousand eight hundred and forty-five (1 845) tests were conducted. This increased the cumulative tests to thirty-four thousand seven hundred and seven (34 707). Of these, thirty-two thousand eight hundred and fourteen (34 656) were negative. The number of confirmed positive COVID-19 cases increased to fifty-one (51) while the recoveries remained at eighteen (18) and the death toll remains at four (4).2.0       Methodology
Information contained in this report is derived from the following Forum Members:

The Chipinge Town Council circulated a schedule for demolitions of vending stalls and illegal structures to be conducted on 22 May 2020. The circular highlighted that tuckshops, kiosks, canteens and outside toilet shacks are some of the structures that will be destroyed.

3.2       Right to food
In Gwanda North, it was reported that a Non Governmental Organisation (NGO), Africare, distributed food aid to vulnerable groups including childheaded families and the elderly. It was reported that Gwanda community members indicated that they had not received food aid from the government as part of the COVID-19 relief food aid program. Community members observed social distance and most of them wore homemade masks and scarfs.

It was reported that ZANU PF distributed food hampers sourced by the Muduvuri Rehabilitation and Empowerment Foundation (MREF) and Global Brothers Wholesalers in Manicaland. The initiative was part of an ongoing exercise to cushion people with disabilities from the effects of COVID-19. The ceremony was officiated by ZANU PF national chair Oppah Muchinguri-Kashiri.

Chitungwiza Municipality instructed a good Samaritan, Samantha Murozoki, to shut down a soup kitchen which she was running to assist the less privileged. According to Samantha Murozoki, on day 35 of her soup kitchen, 516 children were served porridge, 1610 people were served supper. According to the instruction by the Chitungwiza municipality’s directive, Samantha Murozoki’s soup kitchen is not registered with the council in accordance with the Chitungwiza Urban Council by-laws 1981 part 2 section 6 and she did not have a municipal license for the operations that she was conducting.  The closure was followed by a public outcry with members of the public arguing that given the current food challenges relating to the COVID-19 national lockdown the Municipality should help her regularise her activities whilst she continues to assist the less privileged. Acting Chitungwiza town clerk, Dr Tonderai Kasu issued a statement justifying the closure of the kitchen. Council appreciated Ms Muzoroki for her love.  The town clerk, however, justified the order for Ms Muzoroki to cease operations on the basis of some genuine and legitimate concerns with respect to public health and public safety.  Council undertook to assist Ms Muzoroki to comply.

In Mashonaland Central, at Madziwa Teachers College quarantine centre, the Ministry of Health and Child Care has approved the release of the first 20 returnees admitted into the facility. Meanwhile, authorities in Kwekwe have resorted for an alternative isolation centre after foreign students at Kwekwe Polytechnic College petitioned their embassies over the use of the institution as an isolation centre. Students from the Democratic Republic of Congo (DRC) and Equatorial Guinea who failed to travel to their respective countries following the outbreak of COVID-19 are still residing at Kwekwe Polytechnic College. The students, through their embassies, argued that they could be potential victims if they were allowed to mix with returnees quarantined at Kwekwe Polytechnic College.

It was reported that two Malawian border jumpers who tested positive to COVID-19 during profiling and screening at the Beitbridge quarantine and isolation centre located at the National Social Security Authority (NSSA) Hotel escaped on 21 May. One of the escapees was intercepted by security agents as he sought transport to Malawi at the closed Dulivadzimu long-distance bus terminus. His accomplice remains unaccounted for. To date, 29 people have escaped from the Beitbridge quarantine and isolation centre

3.4       The Right to Education Update
Some teachers unions have raised concern over the planned re-opening of schools as advised by the Secretary for Primary and Secondary Education Mrs Thumisang Thabela on 20 May. According to Mrs Thabela, the mid-year Zimsec examinations are expected to be written between June 29 and July 22. However, teachers’ unions indicated that the time period of the reopening of schools is too early and it is likely that proper safety measures might not be ready in time. According to teachers unions, learners might not be in the right psychological space to write examinations as they are fearing for their lives, so are the teachers. Amalgamated Rural Teachers Union of Zimbabwe (ARTUZ) president, Mr Obert Masaraure, said the June examinations should be written when conditions are right.

In Chitungwiza at Chigovanyika Shopping Centre, a woman was injured whilst trying to flee from armed soldiers who were chasing away vendors and informal traders. It was reported that the woman sustained a broken right leg.

4.0       Arrests
In Gweru, five (5) people were arrested for defying the lockdown by loitering without face masks. It was reported that the arrested persons were taken to Mkoba 6 Police Station where they were later released after paying an admission of guilt fine of ZWL200 each.

5.0       Summary of violations
The table below summarises human rights violations documented by the Forum Secretariat and Forum Members from 30 March to 21 May 2020.

Ms Tariro Machaya is suing both the Ministers of Home Affairs and Cultural Heritage and that of Defence, War Veterans Affairs as well as the Commissioner-General of Police, together with the Commander Zimbabwe Defence Forces for loss of property. Machaya was going about her business on 13 April 2020 when she saw a truck which had both ZRP and ZNA officers who were uniformed and armed with baton sticks. They disembarked out of that vehicle and proceeded to unlawfully take a Samsung J4 cell phone from her with force and never returned it.