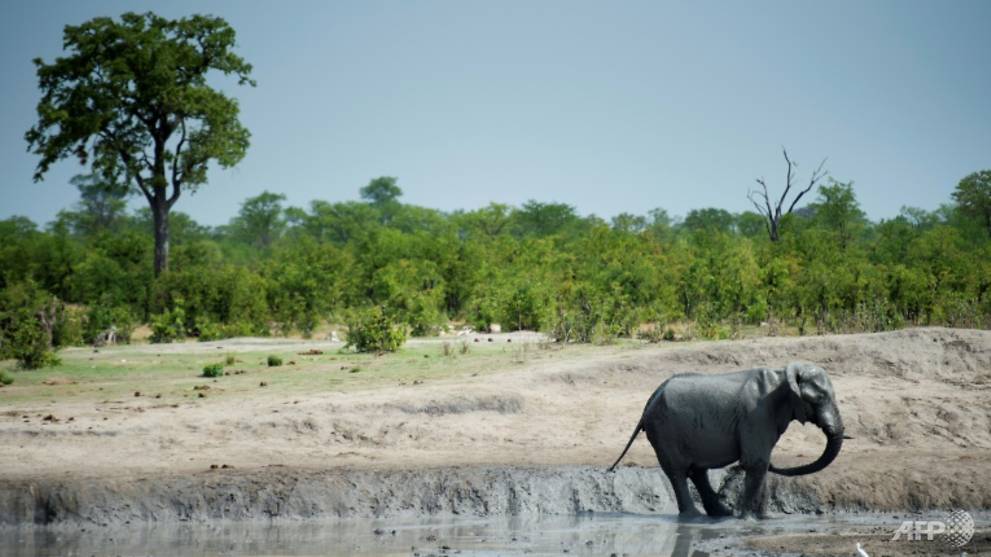 Zimbabwe has an elephant population of around 84,000 which is nearly double what it can cope with, according to the officials. (AFP/MARTIN BUREAU)

HARARE: Zimbabwe has demanded the right to sell its stockpile of ivory to raise money for conservation, wildlife authorities said on Tuesday (Jun 11), joining other southern African nations in calling for the global ban on the trade in tusks to be relaxed.

Wildlife authorities in the cash-strapped nation estimate the country’s decades-old hoard of ivory is worth around US$300 million, which they say would help plug funding gaps for game reserves.

The proposal has put it on a collision course with the Convention on International Trade in Endangered Species (CITES), which prohibits the sale of ivory to curb poaching.

Zimbabwe, Botswana, Namibia, Zambia have cited the growing number of elephants in some regions in their bid to have the restrictions relaxed.

Spokesman for Zimbabwe’s wildlife authority Tinashe Farawo told AFP that the nations had submitted a joint proposal to CITES and warned: “If we are not allowed to trade we will not take part in CITES discussions on elephants.”

“Our decision to sell ivory is not an emotional one. It is a scientific one backed by facts. At independence in 1980 we had 40,000 elephants and the number has more than doubled and yet the land is not expanding,” Farawo said.

Zimbabwe has an elephant population of around 84,000 which is nearly double what it can cope with, according to the parks and wildlife authority.

But over the past decade, the population of elephants across Africa has fallen by about 111,000 to 415,000, largely due to poaching for ivory, according to the International Union for Conservation of Nature (IUCN).

In May Zimbabwe sold 100 elephants to China and Dubai in an effort to raise cash. The deal was worth US$2.7 million over six years according to wildlife authorities.

Farawo called on critics of the ivory sale proposal to “give us money to run our operations,” instead of lambasting it.

Wildlife authorities said if approved, it would help them fund operations, buy radios and vehicles for patrols to curb poaching.

“CITES was meant to regulate trade in endangered species but if there is no trade then CITES is not serving its purpose,” Farawo said.