Mozambique’s President Filipe Nyusi received a thousand tonnes of donated maize from Zimbabwe’s President Emmerson Mnangagwa, who was on a one-day state visit to Maputo on Friday. 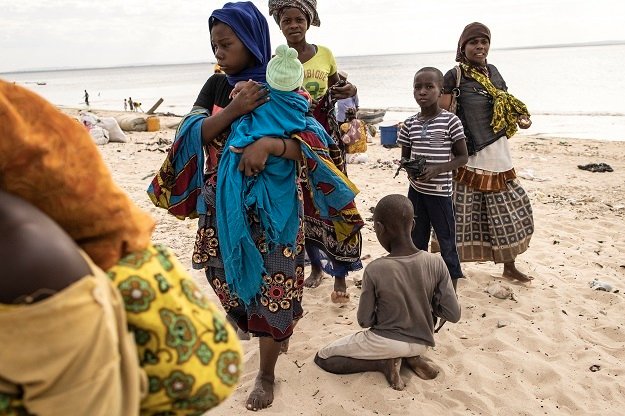 Mozambique’s President Filipe Nyusi received a thousand tonnes of donated maize from Zimbabwe’s President Emmerson Mnangagwa, who was on a one-day state visit to Maputo on Friday.

Zimbabwe joins donors pushing for a surge in aid aimed at rebuilding infrastructure and restoring public services since some civilians had started to pick up their lives in the conflict-torn Cabo Delgado province.

Nyusi thanked the goodwill gesture from Zimbabwe and also acknowledged the country’s role in the military offensive against Islamist extremists in the gas and oil-rich province.

“I want to thank President Mnangagwa for his donation of 1 000 tonnes to the victims of terrorism. The kind gesture will go a long way. Also, Zimbabwe has been very supportive in terms of security.”

“We have Zimbabwean officers participating in the training and development of our soldiers who are fighting terrorists,” he said.

But the International Crisis Group (ICG), while noting the important role played by humanitarian aid, said there were other factors to consider on the road to peace.

Humanitarian and development aid money has started to cool tensions on the ground. It may dissuade some young men from taking up arms, but not enough of them. Without government efforts to address the insurgency’s political roots, especially through dialogue, the civilian population of Cabo Delgado will probably have to live through a prolonged period of conflict.

Historically, Cabo Delgado’s political economy had been shaped by the war of independence and its aftermath.

At independence in 1975, senior Marxist Front for the Liberation of Mozambique (Frelimo) liberation leaders drawn from the Makonde tribe prevalent in the province’s northern plateau, claimed top positions for themselves, including provincial governorships, while placing their allies in national administrative and military posts as a reward for their central role in the struggle against colonial occupation.

With Mozambique headed for general elections in 2024, there are fears the insurgency in Cabo Delgado could spread further and complicate the peace deal Mozambique’s ruling former Frelimo and the former anti-communist insurgent forces of the Mozambican National Resistance (Renamo).

Gwinyayi Albert Dzinesa, a research and policy consultant, argued that to successfully address the conflict in Cabo Delgado, a Disarmament, Demobilisation, Rehabilitation, and Reintegration (DDRR) programme that drew lessons from that of the Renamo ex-combatants, adopted as part of the 2019 Maputo Accord, should be used.

ICG in its latest review of Cabo Delgado’s crisis, urged the Mozambican government and its international partners such as the African Union (AU) to introduce dialogue as part of ending the conflict.

“Mozambique’s African partners should press Maputo to open dialogue involving political elites to set conditions that might persuade insurgents to surrender. While donors scale up aid in the province, the African Union should facilitate regional cooperation to dismantle the insurgency’s transnational networks and seek more funds to sustain military operations,” the group said.

Should this fail to happen, the ICG said the almost five-year-old conflict in Cabo Delgado could become the next frontier for prolonged jihadist rebellion on the continent.

Newer Post
Zimbabwe: The shaky pillars of the right to land and property
Older Post
No School In Zimbabwe After Government Suspends 90 Per Cent Of Its Teachers