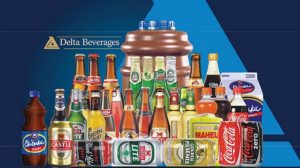 The southern African country is currently grappling with rocketing inflation, power cuts and shortages of everything from fuel and foreign currency to bread and medicine, prompting street protests earlier this year.

“Macro-economic changes… have resulted in erosion of disposable incomes and reduced consumer spending,” Delta, which is 40%-owned by Anheuser-Busch InBev, the world’s largest brewer, said in a trading update.

In a bid to tackle some of its economic problems, President Emmerson Mnangagwa’s government last month ended a decade of the use of the U.S. dollar and reintroduced a local currency, whose rapid loss of value pushed inflation up 175.66% in June.

In addition to the drop in lager sales, carbonated drinks revenue slid 79% in the quarter to June 30, Delta said but traditional sorghum beer sales were, however, 2% up in the quarter.

Dollar shortages have also hit the beverage maker, curbing its ability to import packaging materials and concentrates for soft drinks.

Delta reported a 92% increase in total group revenue, but only because the previous period’s reporting was valued in U.S. dollars and at the time there was still a one-to-one exchange rate between the local currency and the greenback. The company did not give a comparison in U.S. dollar terms.

Zimbabwe abandoned its currency in 2008 after hyperinflation hit 500 billion percent, wiping out pensions, savings and any vestiges of confidence in the currency.

After experimenting with a range of different currencies including the greenback and South African rand in the years since, Mnangagwa’s government surprised the market in June by bringing back a national currency. It made an interim unit the sole legal tender, renaming it the Zimbabwe dollar and banning the use of foreign currencies for local transactions.

The Zimbabwe dollar has slipped to an average of 8.9 against the U.S. dollar on the formal market since then, but black market traders said it was fetching around 10 Zimbabwe dollars on Wednesday. (Reporting by Nelson Banya; Editing by Jan Harvey and Emelia Sithole-Matarise)