Source: Zimbabwe duped of US$13 million in shady baby elephant exports to China | The Standard 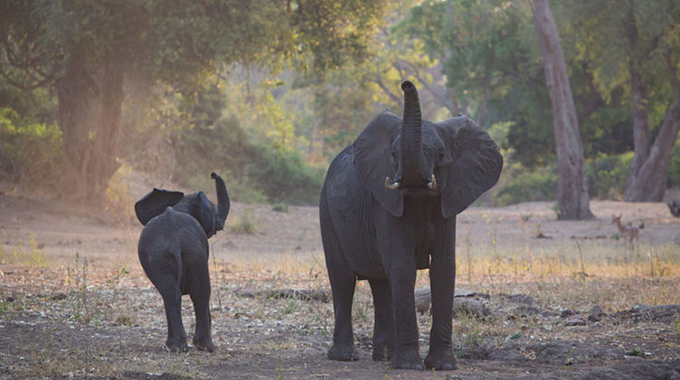 The Zimbabwe Parks and Wildlife Management Authority may have misled the Convention on Trade in Endangered Species of Flora and Fauna (CITES) when it reported having sold 97 baby elephants to China and Dubai in the period 2012 to 2017, but was duped of US$13 million in potential revenue by Chinese buyers, middlemen and corrupt local officials.

In a new report that details corruption in the live wildlife trade between China and Zimbabwe, international investigative journalist and filmmaker Karl Amman said the Zimbabwean government figure of 97 elephants sold did not include a 2015 shipment of 24 baby elephants to Qinguyan Safari Park in China.

A collation of shipment data, customs invoicing and information from Chinese safari park tenders for African elephants shows that contrary to government reports, Zimbabwe actually sold 141 elephants to China and Dubai in the period 2012 to 2017.

While Zimparks may have misled CITES by not declaring some live elephant imports, it was creamed off millions by Chinese safaris and middlemen who bought the elephants for prices ranging between US$14 500 and US$32 000 each to resell at between US$120 000 and US$128 000 each in China.

“Irrespective of the numbers sold, what is equally interesting is that the revenue declared by Zimparks is around US$32 000 per elephant.

“The issue here is that we have ample evidence that the end purchasers paid a lot more than US$32 000 per elephant,” Amman said.

The report also suggests that in some cases, Zimparks actually charged much more than the US$32 000 it reported for each elephant, while foreign buyers and middlemen did not report that some of the animals were meant to be further sold, rented out to zoos or other forms of onward trading.

Eleven of the last 32 baby elephants imported by Longmont in 2019 were immediately sold to another zoo at three times the sales value paid to Zimparks.

“Regarding the last 32 elephants exported to Longmont Safari Park, 11 were further sold to (Ordos City Longsheng Wildlife Park Company Limited), one of the biggest traditional Chinese medicine and tiger wine producers, and one was killed in a fight with another elephant.

“The importers declared that they paid US$120 000 per elephant. This price is declared in a number of customs and importation documents”

The 2017 shipment to China also involved documented onward trading in which Ordos City Longsheng Wildlife Park sold four baby elephants bought in Zimbabwe for less than US$30 000 each for around US$128 000 each, almost four times the buying price.

Amman said a South African wildlife dealer involved in securing the elephants sold to Dubai in 2015 said Zimparks was paid US$100 000 per elephant.

“Overall, it is clear that source country Zimbabwe ended with only 25% of what the end purchasers paid,” Amman said.

“How is the remaining 75% shared? There are transport costs, and then all the bribes, kickbacks and commissions to a range of players.

“In the case of Zimbabwe, these include well-known Chinese brokers.

“There is also reliable information that some Zimparks board officials cashed in, and there are two brokers/agents listed in China who would have added their margins.

Corruption, bribery and fraud is also a major problem amid reports that in Southern Africa, corrupt CITES officials generally demand bribes of up to US$160  for each permit per shipment.

Amman said the import and customs declaration information supplied by Chinese wildlife importers were often reliable because there is no incentive or motivation to lie since China does not charge import duty or value-added-tax on African elephant imports.

Efforts to get a comment from Zimparks spokesman Tinashe Farawo were fruitless.

Zimbabwe has been selling live animals to other countries across the world for a long time now and, in 1983, the southern African country made history by becoming the first country on the continent to send away live elephants.

Zimbabwe continued to export jumbos in subsequent years during which alleged fake CITES permits were used.

This raised eyebrows among wildlife conservationists as well as animal activists who repeatedly complained that there was lack of transparency in the exportations.

“We ended up suing the government in May this year, for lack of access to information regarding the exports,” a Harare-based environmental lawyer working with Advocates4Earth, Lenin Chisaira, told The Standard last year.

According to Chisaira, there was suspicion that Zimbabwe was failing to satisfy the basic principles of animal welfare that include provision of a suitable environment and diet, proper housing, and protection from pain, trauma and disease.

The High Court challenge against the exportation of the baby elephants is yet to be heard despite being filed as an urgent application but even if that were to happen anytime, it would be academic as chances of the return of the animals are minimal.

In 2019, Zimparks released a statement claiming that it had made some US$3,2 million from 2016, selling 101 elephants and using all of the money on operational costs that included the purchase of rough-terrain Toyota Landcruisers.

The authority also bought vehicle spare parts, introduced dog patrols with part of the money and boosted its armoury with ammunition worth US$192 000.

Zimparks said it had received the green-light to export from the Office of the President and Cabinet. A Chinese businesswoman, who lives in Zimbabwe, has in the past been named as one of the kingpins behind the illicit trade in baby elephants.

She reportedly has connections with top Zimbabwean government and security officials, who allow her to operate with impunity.