Zimbabwe opposition leader Nelson Chamisa has called for associations of African states to ensure that the country’s historic election is fair, adding his party would not boycott the vote. 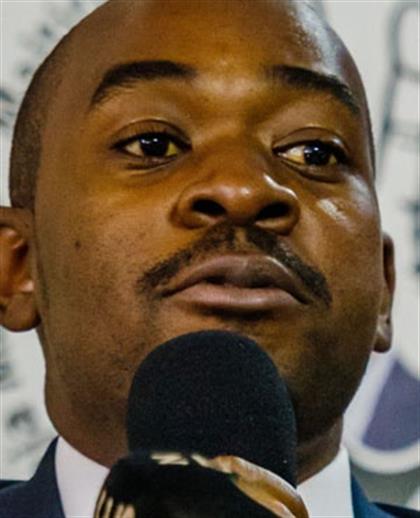 Zimbabwe opposition leader Nelson Chamisa called on Tuesday for associations of African states to ensure that the country’s historic election later in July is fair, adding his party would not boycott the vote.

The Southern African Development Community (SADC) and African Union (AU) have both sent observer teams to the election – the first since long-time ruler Robert Mugabe was ousted in 2017.

Previous elections under Mugabe were marred by fraud and intimidation, and Chamisa, leader of the Movement for Democratic Change (MDC) party, said the vote on July 30 was threatened by similar problems.

In more specific allegations, the MDC has accused the election authorities of failing to provide a complete electoral roll and lacking transparency over printing of ballot papers, and says the state media are biased.

“We are escalating this matter to (the) SADC,” he said. “We are writing to (the) SADC to request an extraordinary summit… (to) deal with this stalemate and this dispute.”

Chamisa, 40, who is facing President Emmerson Mnangagwa in the election, said the MDC would not walk away from the vote.

“We will not boycott the election because we are the winners,” he said. “We are ready for victory, there is no way Mnangagwa is going to defeat us.”

The MDC said it planned to stage further demonstrations to push for a fair vote, after holding a large protest in Harare last week.

Mnangagwa, 75, has vowed to hold a credible vote to give legitimacy to the government and attract foreign investment to revive the moribund economy.

He took power last November when Mugabe, now 94, was ousted after a brief military takeover ended his 37-year rule.

The European Union and Commonwealth are also sending observers to the election.