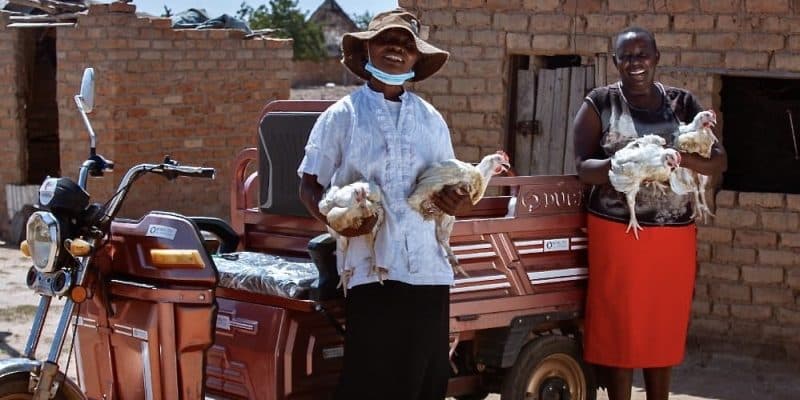 In Zimbabwe, the European Union (EU) is providing 88 rural women in the northern town of Domboshava with electric tricycles manufactured by the start-up company Mobility for Africa. The solar-powered vehicles will enable these women farmers to improve their mobility and agricultural yields in this East African country hit hard by climate change.

As part of its renewable energy policy, the Zimbabwean government is focusing on sustainable mobility. To support this policy, the European Union (EU) has just purchased 88 electric tricycles for the women farmers of Domboshava, located 27 km from the capital Harare.

The solar-powered “Hamba” (go, in the local Ndebele language) vehicles are assembled locally by the start-up company Mobility for Africa. The three-wheeled vehicles will facilitate the transport of goods for rural women and the development of the circular economy in Zimbabwe. “We carry a lot of weight on our heads, now the tricycle lightens the burden. We even use it to go to mass! A trip to fetch grain for our chickens used to cost the equivalent of US$12 (Z$4342), but now it costs US$2.5 (Z$904),” says Danai Bvochora, a trader in Domboshava market.

According to the founder of Mobility for Africa, the start-up launched in 2019 already has three exchange stations for tricycles in Zimbabwe and a rental option for US$5 a day (Z$1,800). “Drivers can swap their lithium battery for a fully charged one, and get the tricycles repaired for free if there has been any breakage. If we could solve the transport problem, rural economies in Zimbabwe would work better,” says Shantha Bloemen.